You are here: Home / Basics / What is Zener Breakdown & Avalanche breakdown & their differences?

In a basic semiconductor, a junction is formed due to the interaction between p-type and n-type. This junction can be dope heavily or lightly based on circumstances. As it is already known that a basic diode that is of junction p-n can conduct during forward bias.

Once the stage of reverse bias entered it cannot conduct and some breakdowns arise. These are mainly due to the multiplication of the carriers as well as due to the doping concentration made high at the junction. There are two types of breakdown

What is Avalanche Breakdown?

What is Zener Breakdown?

In this way, the types of breakdowns in the basic diode due to the reverse biasing condition has been discussed.

What is an Avalanche Diode?

A diode that is designed to operate in the reverse biasing condition and it’s junction is lightly doped. But it comes under the special category of the diode.  The symbolic representation for both zener and avalanche diodes are the same. 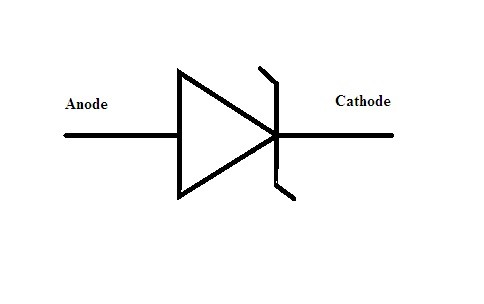 What is a Zener Diode?

A basic diode with a normal junction of p-n cannot operate in reverse bias. In order to make this one possible a special diode has to be designed, that has the normal characteristics during forward bias but during reverse bias, it can operate and tolerate the currents.

Hence this is referred to as zener diode. This type of diode is having good doping concentration at its junction.

Difference between Zener and Avalanche Breakdown

Both the zener and the avalanche breakdowns occur in the reverse biasing stage. The zener breakdown’s voltage is comparatively lesser than the breakdown of an avalanche. The basic differences of both the breakdowns can be listed as follows

Hence in this way, the analysis for the types of breakdown is done. Both the breakdowns have their own standards. Now based on the above analysis can determine which type of diode either avalanche or zener is used in protection circuitry?