You are here: Home / Basics / Zener Diode Working and Its Characteristics

A basic semiconductor diode can operate in forward bias but it cannot conduct during reverse bias. The special type of diode that can conduct in reverse bias is referred to as a Zener diode. This diode can conduct in forward bias just like a normal diode. The junction for the Zener diode will be heavily doped. Because of this reason, it can work as normally as a basic junction in forwarding bias and can tolerate the reverse currents during reverse bias. The main purpose of it is to use in stabilizers.

What is a Zener Diode?

A diode in which the flow of current is from anode to cathode and cathode to anode defining that it has the capacity of conducting in both forward and reverse biases are referred to a Zener diode. 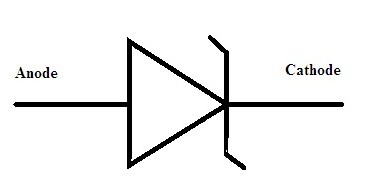 This is the principle lying behind the functioning of the diode.

The circuit for this type of diode is very simple. One has to connect the highly doped junction in reverse bias. The circuit can be represented as follows. 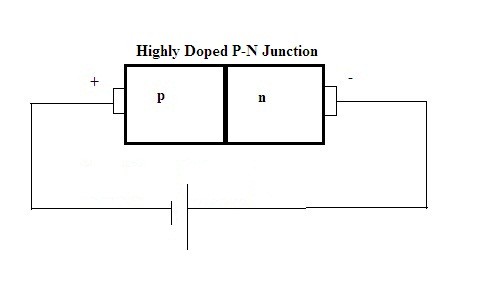 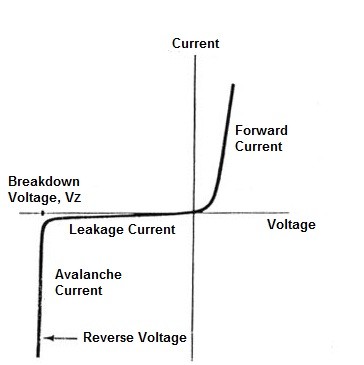 As per the above analysis, it is evident that during forwarding bias Zener diode characteristics will remain the same as that of the normal diode. Whereas after the applied voltage crosses the value of Zener voltage (Vz ) the Zener breakdown takes place. After the breakdown, the flow of the current in the circuit tends to increase immediately.

The main aim of this experiment lies in to find out the basic value of the Zener voltage. Once the values are found it should be plotted as characteristics curve. Zener voltage is the basic voltage that is set as the cut-off value, and the breakdown value of the voltage must be lying close to the desired value that we want it is just approximated. 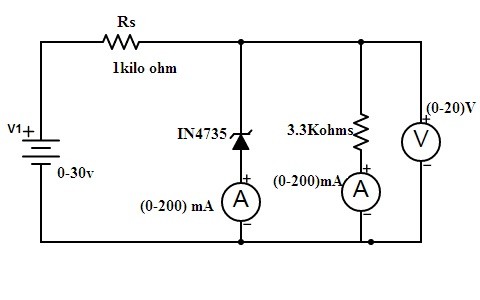 The list of the components of equipment required to perform this experiment mainly include  Zener diode, Milliammeter, Voltmeter, and DC supply(variable), and Resistors

The applications for this diode are illustrated below.

As the principle of the Zener diode is already discussed. When the reverse voltage applied to it crosses the basic Zener voltage the diode starts conducting. 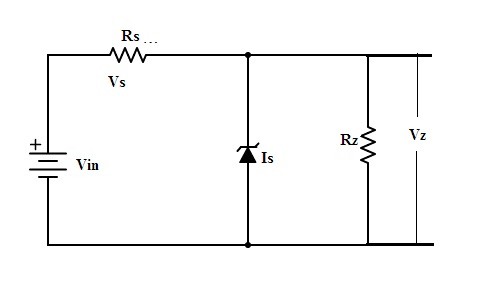 Once the voltage limit has been crossed there is no increment in the voltage after it but in the current, we can see the increment.

The range of breakdown/zener voltage lies is from 12v to 1200 v based on its typical application.

Zener diode is connected in reverse bias, so once the Zener voltage exceeds then the current flows through the diode but there is an unnoticeable voltage drop. Hence in this way the voltage is limited across the load. In this way, it is used as a voltage regulator. This is considered as the basic application of Zener diode.

As the points discussed till now make it very clear that Zener diode will be conducting in reverse bias. Generally, the power dissipated is the multiplication of overall current and voltage values.
In Zener diode, it is determined as

Where VZ stands for Zener voltage and IR represents the reverse current.

Differences between Diode and Zener Diode

The above comparison between both types gives us a basic knowledge of it. It is very much clear that diode with basic or lightly doped junction has the only capability of carrying the forward current but this diode has the strength of handling both forward and reverse currents because of its highly doped junction.

Then can you answer a simple question can we utilize Zener diode for rectification as well as for regulation at a time in a single circuit?