You are here: Home / Components / What is a Varactor Diode : Working & Applications

In the digital electronic circuits, one of the basic essential devices is diodes.  A diode consists of two terminals. These two terminals connected to the supply results in conduction. The way the terminal sare connected makes it classified as a forward-biased diode or reverse-biased diode. In forward bias, the diode allows the current to flow through it. During reverse bias, it blocks the flow of current. This reverse biasing is used in the case of the varactor diode.  Based on the characteristics of voltage and current and the requirement the diodes are classified as Tunnel diode, Zener diode, and so on.

What is a Varactor Diode? 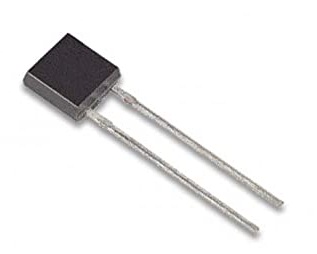 As the purpose of this diode is to vary the value of capacitance hence the other name for this diode is a volt cap or varicap. It has taken special care during manufacturing so that in comparison to the normal diodes it is known well for transition capacitance. The functionality of this diode is dependent on the voltage.

Like basic P-N junction diode, it is a combination of p-type and n-type material.  based on the usage of the regions of p-type and n-type are made using gallium arsenide or silicon material. The usage of material can be decided based on the frequencies. If the diode has to operate for low frequencies silicon is preferred otherwise for higher frequency gallium arsenide is used.

In similar to P-N junction diode the varactor diode symbol consists of two terminals known as cathode and anode. Where anode is the positive side of the terminal and the cathode will be negative.

To understand the functionality of varactor diode one should know the capacitor. 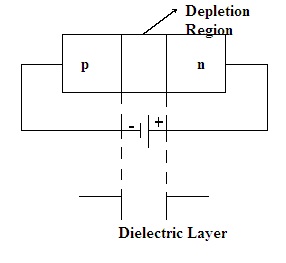 Here the varactor diode is designed such that to store the charges rather than to conduct. The conduction is possible by the application of forwarding voltages. Because of the application of the forward value of potential diminishes the region of depletion. This is the reason for varactor diodes are preferred working with reverse voltages. The change in the value of capacitance obtained is measure in terms of picofarads (pF).

Please refer to this link for Varactor Diode MCQs

The characteristics of varactor diodes are:

The varactor diode applications are:

Because of the varying capacitance technique involved in it based on certain values of voltages the highly applicable areas of such diodes are Tuners and frequency modulators. Even in the harmonics generation, these variable capacitance diodes are preferred.

1). What is the use of a varactor diode?

The concept of change in the capacitance due to the application of a variable range of voltages has been proven to be very beneficial in RF industries. In the applications of tuners, these diodes are used.

2). What is Schottky diode used for?

A Schottky diode is work son low voltages. It is also known as barrier diode.  These kinds of diodes are used in mixers, radiofrequency applications as well as a rectifier in terms of power applications.

3). What is the difference between a Schottky diode and the normal diode?

4). Which diode is used in the rectifier?

A PIN diode consists of p-type and n-type semiconductor material along with it a region called intrinsic is sandwiched between them. Although it is lower in terms of rectification the presence of this region makes the functionality of the PIN diode is faster.