You are here: Home / Basics / Piezoelectric Sensor and Its Operation

In this digitized world, most of mankind’s life turns around sensors and sensors hold a prominent role in our lives. Making every activity as automatic, one can find multiple kinds of sensors in their workstation, home, car and in many other places. So, let’s start with the definition of what sensor means to and how it created a great impact on the lives of mankind ? Sensors are the devices where those receive input signals and provides an output in correspondence with the physical change. The input signals might be heat, pressure, light, motion, vibrations, etc. Current day sensors can easily communicate with electronic devices and used for calculating and many other purposes. Various enhancements in technology allow the development of various kinds of sensors having comprehensive features, augmented fidelity, and enhanced reliability. And the most prominent one of all the available sensors is the Piezoelectric sensor.

The applied static force outcomes in the subsequent electrical charge across the sensor. On the other hand, this charge will leak away over time because of flawed actions like imperfect insulation, attached electronics, internal sensor resistance, and others.

Accordingly, piezoelectric sensors generally do not suit to measure static pressure. The generated output signal tends to zero also in the availability of constant pressure. The devices are receptive to the dynamic alterations in pressure across the extended scope of pressures and frequencies. So, this dynamic receptiveness corresponds that the devices perform well even to measure minimal modifications in pressure even in the circumstance of a high range of pressure environments.

The specifications of this sensor include the following.

Sensitivity – It is measured in the proportion of relative output signal to the resultant change.

Reliability – This corresponds to the ability of the sensor to maintain certain features in limit under working circumstances.

The below diagram explains the operation of the piezoelectric sensor and shows the result of it. 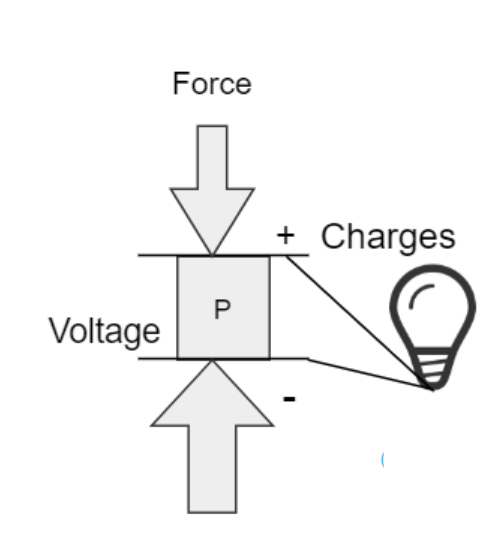 As there are numerous applications on how to implement a piezoelectric sensor using Arduino, here we go with the application of how to use a piezo element to identify vibration in the element (might be door knock or table knock).

As we have already discussed that piezoelectric devices generate output voltage when it is provided with a motion of vibration or mechanical pressure. In the same way, when the corresponding amount of voltage is applied across the piezo element, it results in motion and produces a tone.

The sketch read out the piezo result through the analogRead () command, thus converting 0 to 5 volts voltage range to the numerical range of 0 to 1023 in the procedure that is stated as an analog to digital conversion or ADC. When the delivered output range is greater than that of a specified threshold limit, then the board delivers the tone “Knock” across the serial port.

Initially, piezoelectric elements are polarized which means that voltage is passed through them in a particular direction. In general, make the connections as follow

The below image specifies the detailed pin connection of the piezoelectric sensor using Arduino including with input and output pins along with power supply. 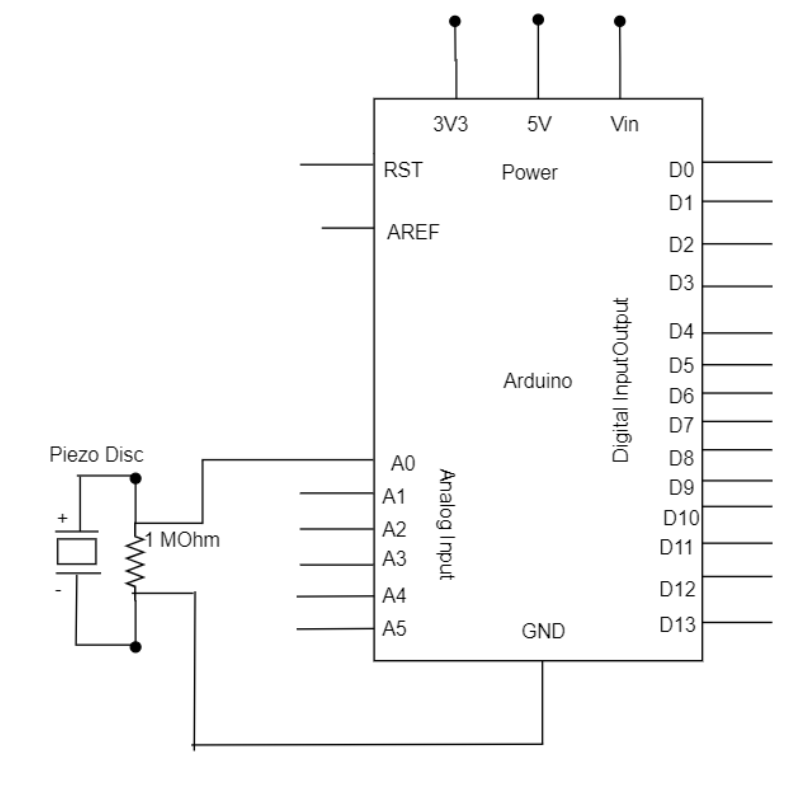 The below code defines that the incoming piezo information is measured relative to the threshold value specified by the user. One can either maximize or minimize this limit, to boost up the sensor’s whole sensitivity value.

void loop (){}
sensorReading = analogRead (knockSensor);
if (sensorReading >= threshold)}
ledState = !ledState; // toggle the state of the ledPin
digitalWrite (ledPin, ledState); //automatically update the status of LED pin
serial.println(“Knock”); // sends back the Knock string to the computer
}
delay(100); // declared to avoid any kind of overloading of the serial port buffer
}

These Days, the additional enhancement of humanmade piezo objects — consisting of piezoelectric ceramics — the implementation of piezoelectricity in electronic appliances is increasing at an exciting speed.

A few of the applications are as below.