You are here: Home / Components / Know about Different Types of Sensors with their Applications

In our day-to-day life we fre 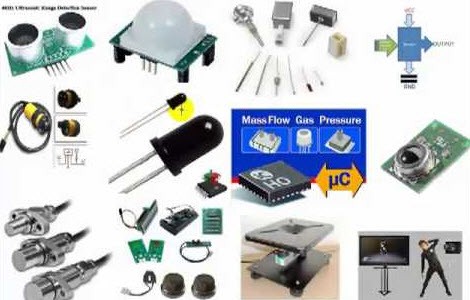 What is a Sensor?

A device that detects the changes in electrical or physical or other quantities and thereby produces an output as an acknowledgement of change in the quantity is called as a Sensor. Generally, this sensor output will be in the form of electrical or optical signal.

Different Types Of Sensors With Their Applications

Sensors used for detecting speed of an object or vehicle is called as Speed sensor. There are different types of sensors to detect the speed such as Wheel speed sensors, speedometers, LIDAR, ground speed radar, pitometer logs, doppler radar, air speed indicators, pitot tubes and so on. 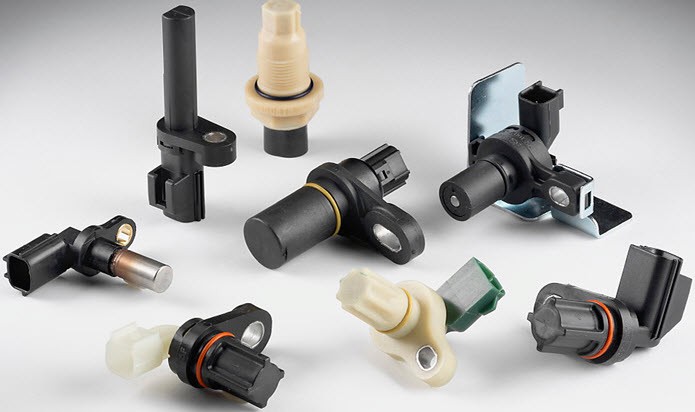 PIC microcontroller based project for speed synchronization of multiple motors in industries using wireless technology is a typical application of the speed sensor. One of the multiple motors in the industry is considered as a main motor which act as  transmitter and remaining motors acting as receivers, will follow the speed of the main motor. The main motor and receiver motors used in this project are BLDC motors that are controlled using PWM control with the radio frequency wireless communication mode. 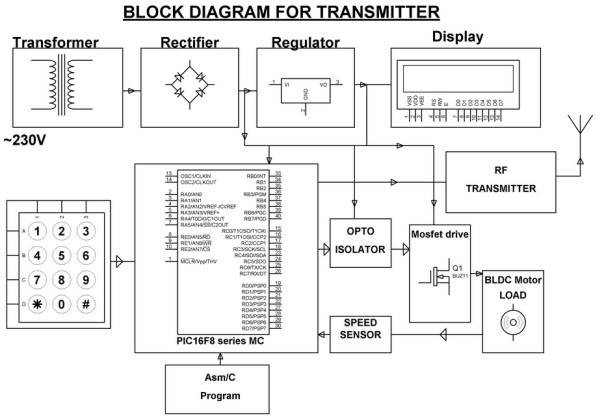 Reference RPM is given to each motor shaft which has an IR sensor mounted and a closed loop is obtained by feeding this output to  controller in the circuit. Full speed will be displayed on display unit and required speed of all motors can be obtained by entering the desired percentage using the keypad. This entered percentage is matched with running RPM by maintaining appropriate DC power to motor with automatic adjustment of pulse width output of microcontroller.

Thus, by varying  speed of transmitting motor, we can change the speed of all motors using this technology. 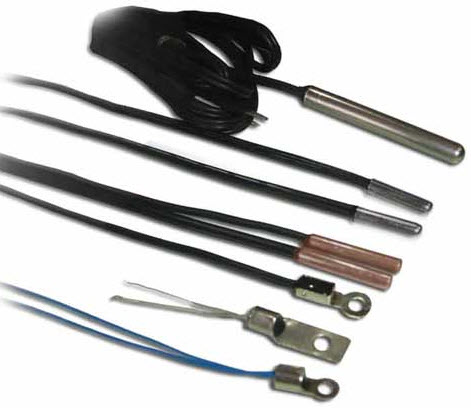 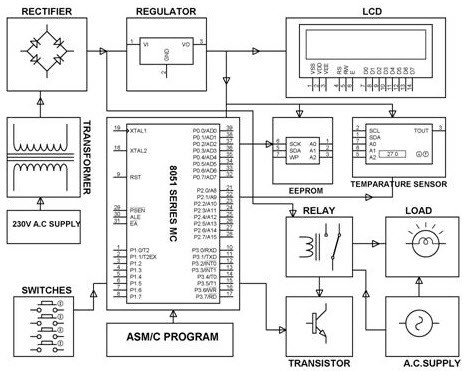 An electronic sensor used for measuring the infrared light radiation emitted from objects in its field of view is called as a PIR sensor or Pyroelectric sensor. Every object that has a temperature above absolute zero emit heat energy in the form of radiation radiating at infrared wavelengths which is invisible to the human eye, but can be detected by special purpose electronic devices such as PIR motion detectors. 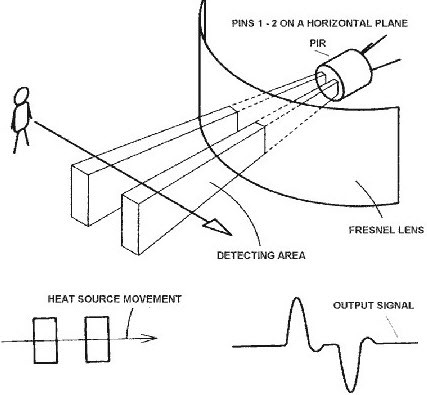 PIR sensor itself is split into two halves, which are sensitive to IR and whenever object comes in the field of view of the sensor, then positive differential change will be produced between two halves with the interception of the first half of the PIR sensor. Similarly, if the object leaves the field of view, then negative differential change will be produced. PIR or Passive Infrared sensor is named as passive because it doesn’t emit any energy or radiation for detecting the radiation. There are different types of sensors used for detecting the motion and these PIR sensors are classified based on angle (wide area) over which they can detect motion of the objects like 110degrees, 180degrees and 360degress angles.

Automatic Door Opening System is a typical application of PIR sensors which is intended for automatic door closing and opening operations based on body movement near the door. PIR-sensor-based-automatic-door- opening system circuit mainly consists of a PIR sensor, an 8051 micrcontroller, a driver IC, a door motor. 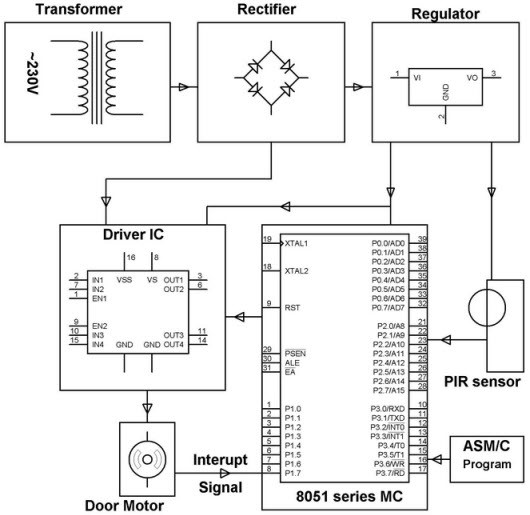 If a body movement is present near the door, then infrared radiation emitted from the body will cause the sensor to produce sensing signal which is fed to microcontroller. The door motor is then controlled and operated by the microcontroller through driver IC. Thus, if anybody comes near to  door, then a command will be sent by  microcontroller for opening door and a time delay is set for closing door automatically. This project is intended for operating doors of shopping malls, theatres and hotels.

The principle of ultrasonic sensor is similar to sonar or radar in which  interpretation of echoes from radio or sound waves to evaluate the attributes of a target by generating the high-frequency-sound waves (around 40kHz). The transducer used for converting energy into ultrasound or sound waves with ranges above human hearing range is called an ultrasonic transducer. 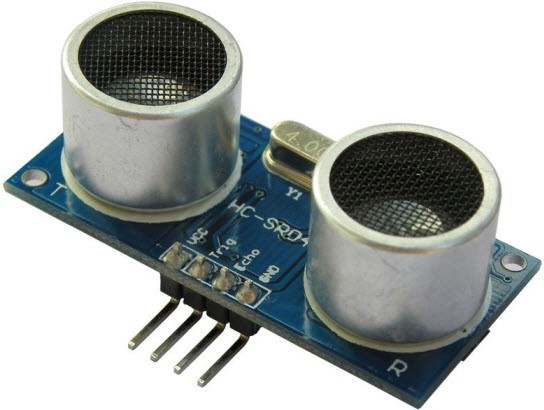 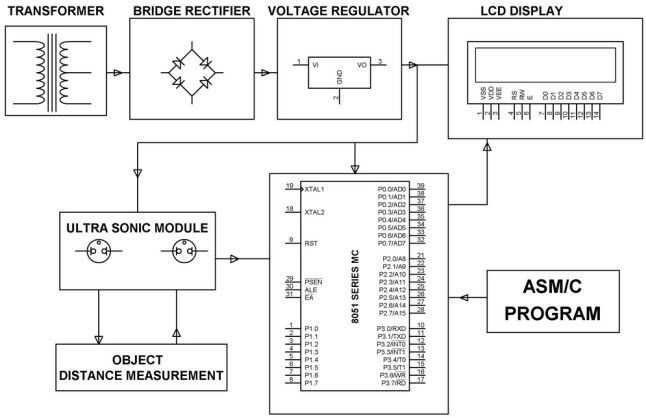 The waves transmitted by transducer are received back again after the waves are reflected back from the object. The velocity of sound is considered for calculating time taken for sending and receiving waves. The distance is calculated by executing a program on microcontroller, and then it is displayed on the LCD display.

There are many sensors such as humidity sensor, gas sensor, pressure sensor, water sensor, leaf sensor, rain sensor, tilt sensor, rate sensor and so on, which are being used in many applications. If you are interested to know in detail about sensors, then you can approach us for any technical help regarding different types of sensors and their applications and also to develop sensor based projects by posting your queries in comments section below.