You are here: Home / Basics / Arduino Uno Board with Real-Time Application Projects 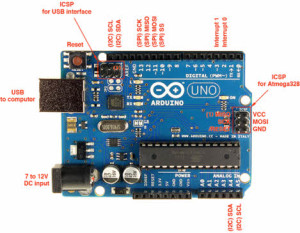 Arduino is a single-board microcontroller meant to make the application more accessible which are interactive objects and its surroundings. The hardware features with an open-source hardware board designed around an 8-bit Atmel AVR microcontroller or a 32-bit Atmel ARM. Current models consists a USB interface, 6 analog input pins and 14 digital I/O pins that allows the user to attach various extension boards.

The Arduino Uno board is a microcontroller based on the ATmega328. It has 14 digital input/output pins in which 6 can be used as PWM outputs, a 16 MHz ceramic resonator, an ICSP header, a USB connection, 6 analog inputs, a power jack and a reset button. This contains all the required support needed for microcontroller. In order to get started, they are simply connected to a computer with a USB cable or with a AC-to-DC adapter or battery. Arduino Uno Board varies from all other boards and they will not use the FTDI USB-to-serial driver chip in them. It is featured by the Atmega16U2 (Atmega8U2 up to version R2) programmed as a USB-to-serial converter. 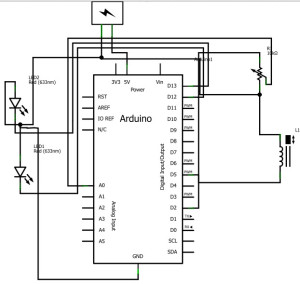 There are various types of Arduino boards in which many of them were third-party compatible versions. The most official versions available are the Arduino Uno R3 and the Arduino Nano V3. Both of these run a 16MHz Atmel ATmega328P 8-bit microcontroller with 32KB of flash RAM 14 digital I/O and six analogue I/O and the 32KB will not sound like as if running Windows. Arduino projects can be stand-alone or they can communicate with software on running on a computer. For e.g. Flash, Processing, Max/MSP). The board is clocked by a 16 MHz ceramic resonator and has a USB connection for power and communication. You can easily add micro SD/SD card storage for bigger tasks.

Features of the Arduino Uno Board:

Arduino was created in the year 2005 by two Italian engineers David Cuartielles and Massimo Banzi with the goal of keeping in mind about students to make them learn how to program the Arduino uno microcontroller and improve their skills about electronics and use it in the real world. 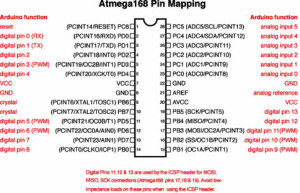 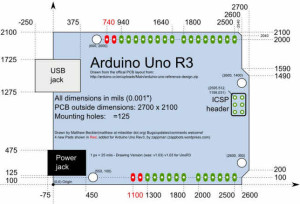 The ATmega16U2/8U2 is loaded with a DFU bootloader, which can be activated by:

You can then use Atmel’s FLIP software (Windows) or the DFU programmer (Mac OS X and Linux) to load a new firmware. Or you can use the ISP header with an external programmer (overwriting the DFU bootloader). 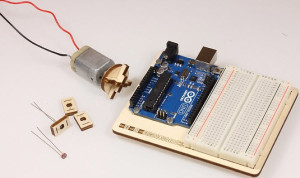 Real-Time Applications of Arduino Uno Board

The project is designed by using Arduino uno board for the development of home automation system with Bluetooth which is remotely controlled and operated by an Android OS smart phone. Houses are becoming smarter and well developed by using such kind of advanced technologies. Modern houses are gradually increasing the way of design by shifting to centralized control system with remote controlled switches instead of conventional switches. 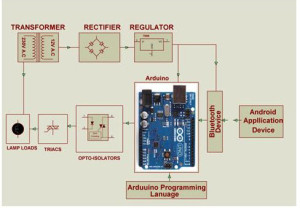 In order to achieve this, a Bluetooth module is interfaced to the Arduino Uno board at the receiver end while on the transmitter end, a Graphical User Interface application on the cell phone sends ON/OFF commands to the receiver where loads are connected. By touching the identified location on the Graphical User Interface, lamps are used as loads in this project can be turned ON/OFF remotely by using this technology. The loads are operated by using Arduino Uno board through thyristors using triacs and OPTO-Isolators.

As the intensity is cannot be controlled by using High Intensity Discharge (HID) lamps power saving is not possible in street lights with these lamps as the density on roads is decreasing from peak hours of nights to early morning. 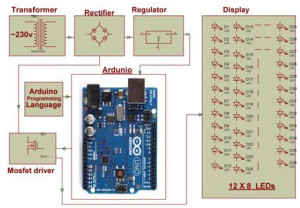 Thus, this system overcomes this problem by controlling the intensity of LED lights on street by gradually reducing intensity by controlling the voltage applied to these lamps. This system uses arduino board to produce PWM pulses and it is programmed in such a way that it decreases the voltage applied to these lamps gradually till late nights and completely shutdowns at morning.

Thus, Arduino development board can sense the environment by receiving input from different sensors and affects its surroundings by controlling motors, lights and other actuators. The microcontroller on the board is programmed using the Arduino programming language. Thanks for your attention to this article and clarify doubts about Arduino projects by commenting below.