You are here: Home / Communications / What is Amplitude Modulation – Derivatives, Types and Benefits

Initially, the birth of amplitude modulation starts by considering a continuous spark transmission and placing a carbon microphone in the antenna lead. This type of positioning has created sound waves, and these got varied both with the intensity and resistance over the transmission. Even there was a disturbing noise, signals can be heard over a distance and that’s up to some hundred meters. So, the introduction of uninterrupted sine signals allowed for continuous transmission and then on AM waves are more considered for sound transmissions. Even there exist various modulating techniques, it stood as standard and there seems to be no interrupt in AM signal transmission.

What is Amplitude Modulation?

In general, Amplitude Modulation is termed as modulating a continuous transmitting wave that has no intervals and holds the information. While as per the basic definition, it is defined as “A carrier signal which has no information varies its amplitude in correspondence with the change in amplitude of the modulating signal”. The below pictures clearly depict the explanation of the above-stated definition. 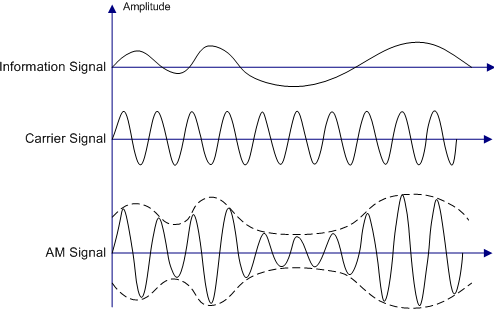 The modulating signal (input signal) is represented as

The carrier signal is represented as

And in the expressions, Ai and Ac represent the amplitudes of two waves while fi and fc are the frequencies of the two waves correspondingly.  Solving the two expressions, the modulated wave is represented as 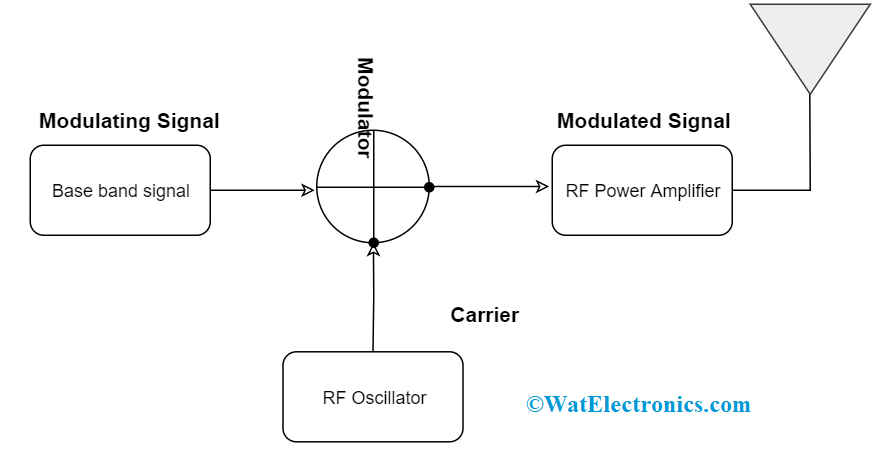 The above equation can be rearranged as

So, When the amplitudes of both the carrier and modulating signal are known, the modulation index can be known. The resultant modulated wave shows maximum amplitude in the condition cos (2∏ (fit) is 1.

Similarly, the resultant modulated wave shows minimum amplitude in the condition cos (2∏ (fit) is -1.

Combining and solving the maximum and minimum amplitude equations, the amplitude of the carrier signal can be known, where

With the above Ai and Ac equations, the ratio of these can be calculated as

Amplitude modulation is classified as three types and they are

The DSB-SC modulated wave spectrum is represented as 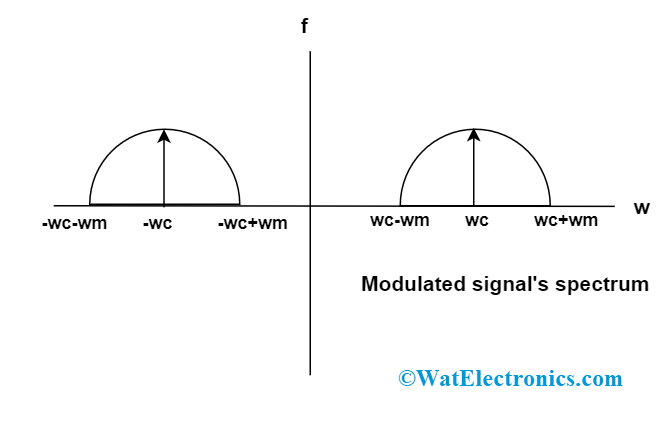 The modulation index and bandwidth of DSB-SC is as follows

Bandwidth is defined as the difference that is between maximum and minimum frequencies of them the resultant modulated signal.

So, bandwidth is double the bandwidth of the modulating signal. In DSB-SC, the modulation process can be done easily, and it requires no filtration for sidebands. 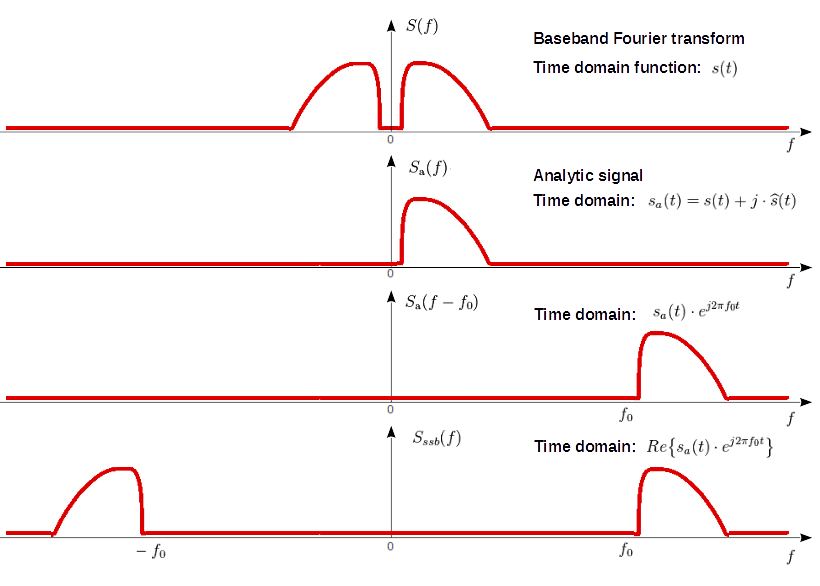 The bandpass filter does not hold the ability to cut off the frequencies which are external to the cut off region. And this problem may allow causing some disturbing noises. To eliminate this problem, vestigial sideband modulation is implemented. Here, either of the sidebands (either upper or lower) is transmitted and some portion of the other is transmitted.

These are the three types of amplitude modulation techniques.

Differences between AM and FM

At first, both amplitude and frequency modulations are used to transmit information through the technique of varying the carrier signal.

Amplitude modulated waves are utilized in a wide variety of applications and few of those to be described as below.

To broadcast transmissions – AM waves can be used to transmit long, short and medium wavebands. The demodulation process is also simple, and this implies that radio receivers which hold the capability to demodulate are manufactured simply.

AM waves are also used to transmit very high-frequency waves such as airborne applications. These are also implemented for the ground to air radio transmissions and also two-way radio communications.

AM is extensively utilized for data transmission ranging from short wireless links like wireless networks to cellular telecommunications and many others. Successfully it is developed using two carriers which are 90° out of phase.

Further, the applications of amplitude modulation are

1). What is the use of amplitude modulation?

Amplitude modulation is used in the cases when there is a requirement for multiples changes in the amplitude of the input signal and mainly used in electronic transmissions.

2). What is modulation in simple words?

It is the method of modifying a waveform (carrier) signals as per the input signal that has to be transmitted.

3). What is the bandwidth of amplitude modulation?

The bandwidth carried by the amplitude modulated wave is double the bandwidth of the modulating signal.

5). Why is modulation needed?

To decrease the antenna size and enhance the bandwidth of the signals, the modulation process is implemented.