You are here: Home / Electronics / What is a Distance Relay : Types & Its Characteristics

A distance relay is a fundamental device that trips the circuit breaker in the event of a fault. In low rating power systems circuits, the relay itself can trip the circuit, without the circuit breaker. The relay along with the circuit breaker together are used for the protection of transmission and distribution systems. Relays are classified in large based on the principle of operation. We have overcurrent relays, differential relay, frequency relay, etc. for which the operating quantity is current, the difference in current, and frequency.

What is the Distance Relay?

The major necessity of distance relay has occurred due to the drawbacks of overcurrent or overvoltage relay. The main concept is depending on the type of fault, how to distance the protection can be provided with changes. For example, the reach of the line to ground (LG) fault is very much less than the reach of the three-phase (LLL) fault. So if we desire to provide protection up to a certain point we need to adjust the pickup point of overcurrent relays. This is not possible, since the relays are designed for one value of pick up current. 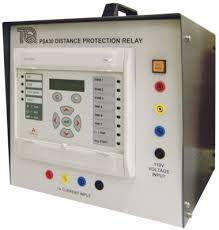 One more important factor that determines the fault current magnitude is generated voltage. The generated voltage again depends on the type of excitation. That is an overexcited alternator operates at a lagging power factor and similarly, an under excited alternator operates at a leading power factor. Hence these are all the factors on which the fault current depends. Based on these factors, the distance relay has been designed. 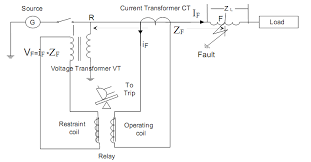 These two parameters are fed to the relay for evaluating the impedance of the transmission line. The relay is connected to the circuit breaker, as shown. Whenever the relay operates, it sends the tripping signal to the circuit breaker, which immediately breaks or isolates the faulty line from the alternator. As shown in the diagram, Zf is the fault impedance. The fault is assumed to strike at the end of the transmission line.

The characteristics of the distance relay can be explained using the RX diagram. The impedance of the transmission line is represented by the radius of the circle. As shown, the radius of the circle is Z. The phase angle between the R and X or also called an impedance angle to represent the position of the vector theta as shown. The characteristics consist of two axes. One is the R axis and the other one is X-axis. In the diagram, the vector position is shown for positive R and positive X. 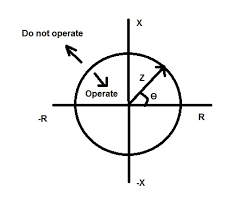 We have seen that distance relay is designed for a particular distance. Based upon the distance, and characteristics, distance relay can be classified as

In this type, the X-axis is parallel to the R axis. 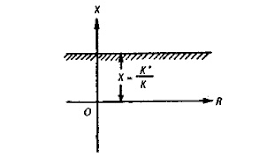 This type of relay will not operate for the resistance of the line. It will operate only for reactance

The characteristics are represented by a circle as shown before

Mho relays are most used for the long transmission lines. 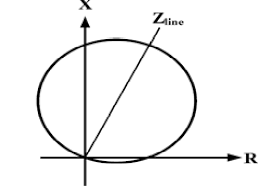 Hence we have seen the working principle, operating characteristics, types, and advantages of distance relays. Most of the relays can be connected to microprocessors for fast and reliable operations. It may be thought that can we use distance relay for high-frequency operations?