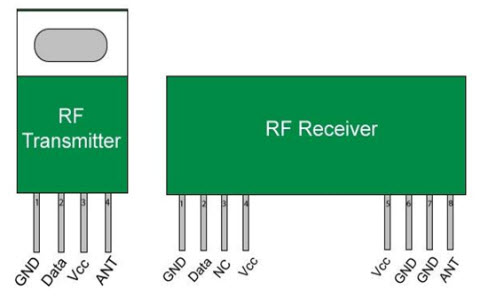 Generally, an RF module is a small size electronic device, that is used to transmit or receive radio signals between two devices. The main application of the RF module is an embedded system to communicate with another device wirelessly. This communication may be accomplished through radio frequency communication. For various applications, the medium of choice is radiofrequency since it does not need a line of sight. The applications of RF modules mainly involve low volume and medium volume products for consumer applications like wireless alarm systems, garage door openers, smart sensor applications, wireless home automation systems, and industrial remote controls. This article discusses the block diagram of the RF transceiver module and its applications.

What is an RF Transceiver?

A transceiver is a blend of a transmitter and a receiver in a single package. The name applies to wireless communication devices like cellular telephones, handheld two-way radios, cordless telephone sets, and mobile two-way radios. Sometimes the term is used in reference to the transmitter or receiver devices in optical fiber systems or cables. 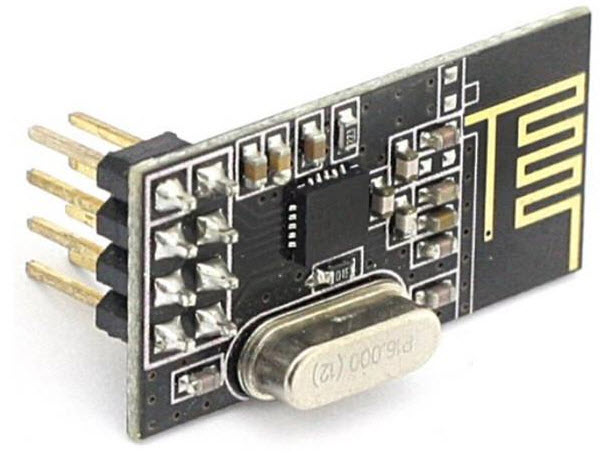 Some kind of transceiver is designed to let reception of signals through transmission periods. This mode is called full-duplex and needs that the transmitter (TX) and receiver (RX) work on considerably different frequencies so the signal which is transmitted doesn’t interfere with reception. Communication device sets use this mode. Satellite communication networks frequently employ full-duplex transceivers at the surface-based subscriber points. The transceiver-to-satellite (transmitted) signal is called the uplink, and the satellite-to-transceiver (received) signal is called the downlink.

In general, the designer of wireless systems has two overriding limitations: it must work over a convinced distance and transfer a convinced amount of information within a data rate. The size of the RF modules is very small and has an extensive range of operating voltage that is 3V to 12V.

RF modules can be applied for various types, sizes, and shapes of electronic circuit boards. It can also be useful for modules across a vast variety of capacities and functionality. These modules typically include a PCB, TX circuit or RX circuit, antenna, and a serial interface for communication to the main processor. The types of RF modules mainly include RF transmitter module, RF receiver module RF transceiver module, and SOC module. There are 3-types of signal modulation techniques commonly used in RF transmitter and RF receiver modules such as ASK-amplitude shift keying, OOK-On-Off Keying, and FSK-frequency shift keying

These modules vary, generally inaccurate as their operation of a frequency significantly with power supply voltage and temperature. The main advantage of Superheterodyne receiver modules is a high performance over super-regenerative. They offer increased stability and accuracy over a large temperature and voltage range. This stability comes from a stable crystal design which in turn leads to a relatively more expensive product. 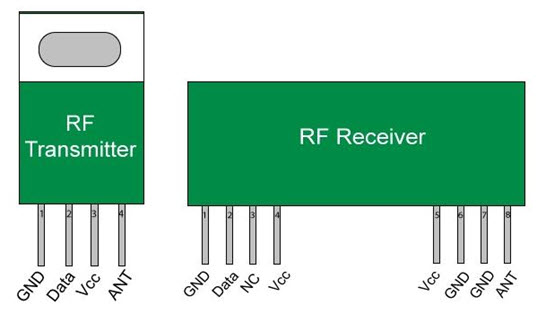 RF transceiver module is used in a particular device where both the transmitter and receiver housed in a single module. Such devices transmit and receive RF signal, so that is named as RF Transceiver. Mostly the position of the RF Transceiver module is in between Power amplifier/Low Noise Amplifier and Baseband MODEM in any wireless communication system. Baseband Modem houses, chipsets of several analogs or digital modulation techniques and analog to digital conversion or digital to analog conversion chips.

RF Transceiver module design is made up of amplifiers, RF Mixers, pads & other RF components using microstrip technology. The transmitter and Receiver parts in the RF transceivers called RF Upconverter and RF Downconverter.

There are so many parameters related to RF Transceiver 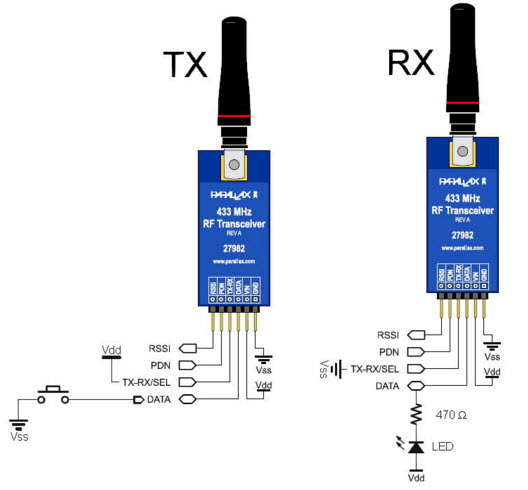 For a better understanding of this concept, here we are explaining some projects as an application purpose 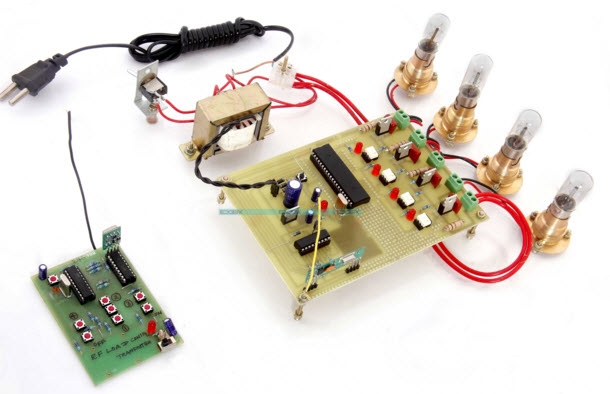 The main goal of this project is to design a home automation system controlled by an RF remote. Nowadays, technology is improving day by day. By using wireless technology, we can avoid difficulty for the user. If the user is physically handicapped, or even more elder, then they will face a lot of difficulties. Because they need to go near to conventional wall switches to operate and these switches are located in different parts of the house. With the use of RF-controlled switches, modern houses are shifting from conventional switches to centralized control systems. By using wireless technology, the loads can be turned ON/OFF remotely with the specified remote operation. In order to achieve this, an RF remote is interfaced to the microcontroller at the end of the transmitter section which sends ON/OFF commands to the receiver end, where loads are connected.

Some More Project Ideas based on RF

The list of some more RF-based project ideas is listed below.