You are here: Home / Articles / 8051 Microcontroller Architecture and Block Diagram with Applications 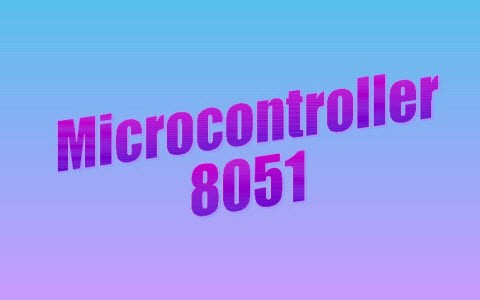 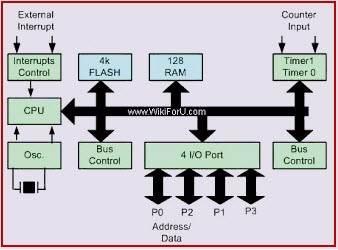 As we know that the CPU is the brain of any processing device of the microcontroller. It monitors and controls all operations that are performed on the Microcontroller units. The  User has no control over the work of the CPU directly . It reads program written in ROM memory and executes them and do the expected task of that application.

The Microcontroller 8051 can be configured in such a way that it temporarily terminates or pause the main program at the occurrence of interrupts. When a subroutine is completed, Then the execution of main program starts. Generally five interrupt sources are there in 8051 Microcontroller. There are 5 vectored interrupts are shown in below

Basically Bus is a collection of wires which work as a communication channel or medium for transfer of Data. These buses consists of 8, 16 or more wires of the microcontroller. Thus, these can carry 8 bits,16 bits simultaneously. Hire two types of buses that are shown in below

Address Bus: Microcontroller 8051 has a 16 bit address bus for transferring the data. It is used to address memory locations and to transfer the address from CPU to Memory of the microcontroller. It has  four addressing modes that are

Data Bus: Microcontroller 8051 has 8 bits of  the data bus, which is used to carry data of particular applications.

8051 microcontroller has two 16 bit timers and counters. These counters are again divided into a 8 bit register. The timers are used for measurement of intervals to determine the pulse width of pulses.

Some of 8051 microcontroller devices are used in measurement applications

The applications of 8051 microcontroller involves in 8051 based projects. The list of 8051 projects is listed below.

Do you have any innovative ideas to implement the 8051 microcontroller based electronics projects? Then, feel free to share your ideas for getting your project solutions from us and also other readers, by posting in the comments section below.