You are here: Home / Basics / Rectifier Diode : Circuit, Biasing and Its Applications

A basic semiconductor, in that there is the presence of two terminals in which one is preferred as a cathode and the other as an anode. It is formed by the two different materials referred to as p-type and n-type. Generally, it is termed as p-n junction diode. As it is application-oriented it is also referred to as rectifier diode. The main purpose of this p-n junction diode is that it is used for the conversion of the applied alternating current (AC) into direct current (DC). This process of conversion is termed as rectification. This can be used as the basic module in the power supply unit in any electronic appliances where DC is considered for powering up the device.

What is a Rectifier Diode?

A rectifier diode is a basic semiconductor device which is used in various applications but one of its applications includes the conversion of power that is from low currents into high currents generally referred to as rectification.

The basic symbol of a diode that consists of both anode and cathode in it is sufficient enough to represent it as a diode. The alignment of this diode can be done in such a way that it becomes application-oriented. In general terms, it can work as a rectifier. The structure of the arrowhead in the above representation indicated the flow of the conventional current.

A diode with its two basic terminals that are formed by the doping of p-type and n-type material on a single crystal has the presence of some inbuilt potential in it. If the diode is provided with some external voltage then the diode is said to be biased. This biasing is further classified as forward and reverse based on the application of external voltage to the respective terminals. 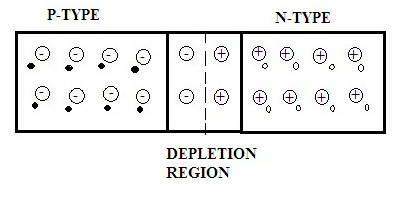 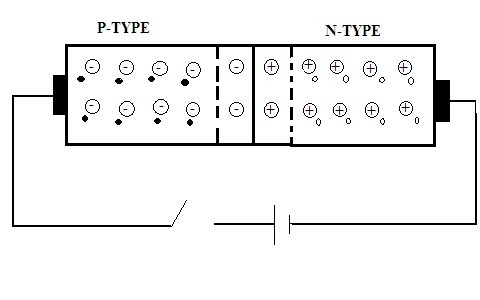 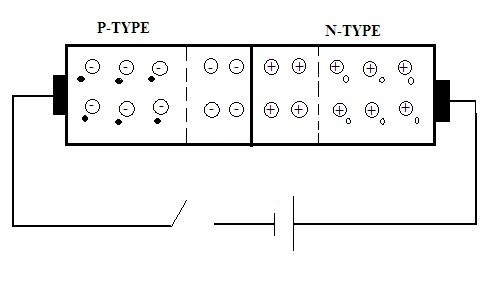 Few applications of the diode are listed below as follows

Let us discuss the important application of the diode that is rectifier. These rectifiers based on the diodes used are classified into various types.

In this, a single diode is used it is connected in series with the load and the supply. This is the basic diode rectifier that utilized only a single cycle either positive or negative for rectification.
For positive half of the cycle, the diode will be in forward bias that is in conducting mode. For the negative half, it will be in reverse bias that is in the blocking stage as per the property of diode.
However, there will be a loss of power due to this. This kind of circuit is not suitable for practical applications because its ripple factor will be high leads to low circuit efficiency. 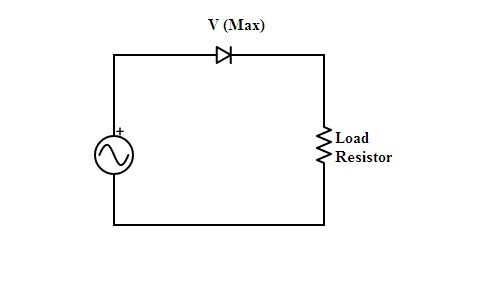 In this type of rectifier, more than one diode is utilized during rectification. In half-wave rectifier, there is the loss of power due to the usage of only one cycle in order to overcome this problem full-wave rectifier is designed. It utilizes both the cycles for the rectification. Further, it is classified into two types

In this a transformer that has a wire in the secondary winding at the center it is used along with two diodes and followed by a resistive load. 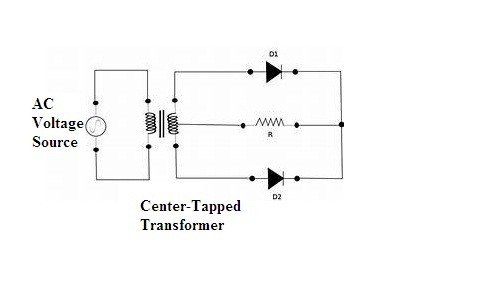 For the positive cycle, D1 conducts and for the negative cycle D2 conducts. However, both the cycles are utilized and the loss of power is minimized and also the ripple factor by increasing efficiency of the circuit. The only drawback is that the transformer utilized here is costly enough.

As the center-tapped transformer making the circuit costly a rectifier with four diodes connected in the bridge topology is designed. 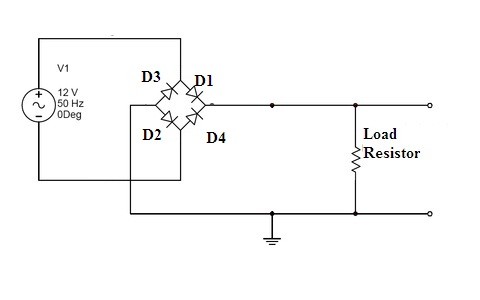 Once the circuit is provided with the sufficient supply for the positive duration of the cycle D1 and D2 will be in forward bias and the path has been established for the flow of current. Whereas D3 and D4 will remain in reverse bias condition.

For the negative half of the cycle, D3 and D4 will be in conduction mode whereas D1 and D2 in the blocked state. Hence both the cycles are utilized in this process making circuit efficient enough.
Compared to the center-tapped, a diode bridge rectifier is of less cost. It is simple to analyze and consists of minimum ripple factor value providing maximum efficiency comparable to that of a half-wave rectifier.

Hence the part of rectification is completely dependent on the component used referred to a diode. Based on the number of diodes required cycles rectification can take place. Because of the biasing conditions of the diode, it is suitable in various applications. As per the above realizations is there any existence of current when the diode is in unbiased mode?