You are here: Home / Electronics / What is Power Capacitor : Working & Its Applications

A Capacitor is an electrical component, which is used to store electric charges temporarily. The unit of a capacitor is the farad (F). A Power Capacitor is a special type of capacitor, which can operate at higher voltages and has high capacitances. This article gives you a brief introduction to a power capacitor and its working principle, formula, connection, types of applications, and more. Want to learn more about capacitor and how it works? Read our article: Capacitor Working & Its Applications.

What is a Power Capacitor?/Definition

A Power Capacitor is an electrical device that can store and discharge electric energy. The device consists of one or more pairs of plates, separated by an insulating material (the dielectric), which are attached to two terminals that allow the stored energy to be discharged into a circuit when required. The power capacitor symbol is shown below. 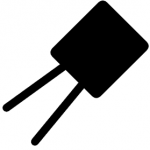 Power capacitors are used to defend different types of equipment from resonance and to develop power quality through absorbing harmonic currents, generated by induction load. These capacitors are available with higher values above 1 Farad. So these can be used in place of a chemical battery.

Power capacitors play a key role in providing an inactive reactive power source within electrical distribution systems. They include two conducting plates which are separated through an insulating material known as a dielectric. The capacitance of a power capacitor is a measure of energy storage capacity that is normally expressed as

‘A’ is the area of the electrode,

‘D’ is their separation

‘K’ is the dielectric function between the two electrodes. 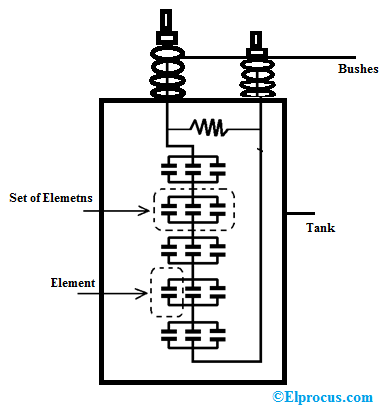 The connection of different elements can be done in series depending on rated voltage and also in parallel depending on necessary kvar. The whole module can be arranged in a tank which is sealed hermetically & the air in the unit can be removed by replacing it through a dielectric fluid. The units of this capacitor include bushings on the top with terminal caps which works as connection points.

How do they work? / Working Principle

Power capacitors have two plates inside of them that are coated with a material that allows them to store an electric charge. When the capacitor is connected in parallel to an inductive load, it will start to charge when the voltage rises above the current level of the load. The difference between the voltage and current levels is called a phase angle. This angle determines how much energy will be stored in the device by the time it is fully charged. The more energy that’s stored, the faster it can discharge into another load.

The features of a power capacitor include the following.

Power capacitors are available in different types based on its requirement like series, parallel, circuit breaker, coupling, electric, pulse, DC filter, and standard capacitor. Please refer to this link to know more about: Types of Capacitors

Parallel capacitors or phase shift capacitors are generally used to compensate for the inductive load’s reactive power within the power system so that the power factor can be increased, line loss can be decreased and voltage quality can be enhanced. 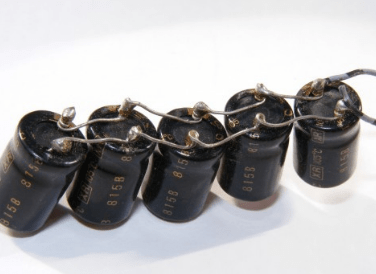 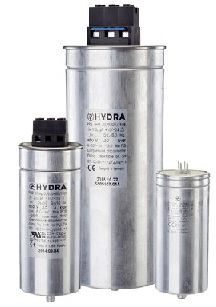 These capacitors are used in high-power transmission lines for control, measurement, high-frequency communication, and protection. These capacitors play a key role in devices to remove electric energy. 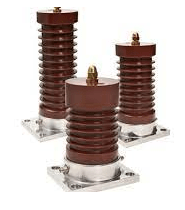 These capacitors play a major role in electric heating systems with 40 to 24000 Hz frequency range to enhance the power factor and the frequency or voltage of the circuit. 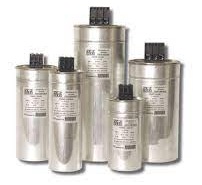 These are polypropylene film capacitors and these are used where stable low dissipation factors are necessary to handle ripple currents within power conversion-based applications. These capacitors can be used as energy storage components like inrush current generators, impulse voltage generators, or in an oscillation circuit for a circuit breaker test. 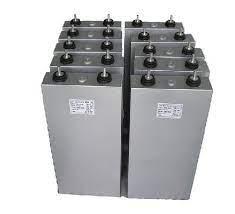 These capacitors are applicable in high-voltage-based rectifier filters and DC devices. 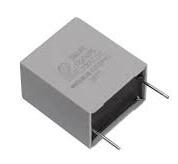 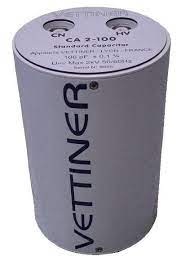 The power capacitor can be connected in single-phase and three-phase connections which are discussed below.

The most common method is to connect the capacitor across the L1 and L2 of the main supply. The capacitor value should be selected so that the total capacitive reactance equals roughly 5 to 10 times the inductive reactance of the compressor motor. This will ensure that there is sufficient capacitive current to get the motor started quickly and reliably. It will also ensure that there is adequate torque to overcome mechanical friction caused by tight bearings or low-viscosity oil.

The star connection method is also called the Y connection method. The positive and negative electrodes of each phase of the power capacitor are connected to the neutral point of the three-phase line (U, V, W). This method can reduce the unbalanced capacitance current in the three-phase line, increase the voltage balance in each phase, and avoid saturation of the magnetic core in the low voltage side transformer; but the disadvantage is that it squanders a lot of energy in the neutral point.

Therefore, this method is only used when there is a significant difference between positive sequence and negative sequence currents.

The delta connection method is also called triangle connection. The positive and negative electrodes of each phase of the power capacitor are connected to two phases of any phase respectively (for example U1, U2).

While the concept of a power capacitor may sound simple, there are many different models on the market that come with different benefits. The three major factors to consider are voltage rating, capacitance, and frequency rating. Here’s what you need to know about each of these aspects:

The voltage rating of your power capacitor is determined by its dielectric material. Some dielectrics can withstand very high voltages; others cannot. Be sure to choose one that will work for your application.

Power capacitors come in many different sizes and shapes; however, their main function remains the same: storing electrical energy. The larger the capacitor, the more charge it can hold, which means more power will be available at any given moment when it’s needed most.

Power capacitors are great for improving power factors, reducing energy costs, preventing voltage flickers, and more! Learn about the advantages and disadvantages of using power caps in your system today.

The advantages of a power capacitor include the following.

The disadvantages of a power capacitor include the following.

Here are some of the most common uses of power capacitors:

What is the Purpose of Power Capacitor?

A power capacitor is a device used to store electric energy in an electric field or electrostatic field. It is similar to a battery but works on the principle of capacitance. It has two conducting plates which are separated by a dielectric. The dielectric can be either solid, liquid or gas material.

When Should You Use a Power Capacitor?

In the world of electronics, a capacitor is a device designed to store an electric charge. When it comes to power capacitors, are specifically used to smooth out the flow of electricity in an electrical system. As you may have heard, electricity can be unpredictable and can cause fluctuations that harm other electrical systems in the area. Power capacitors are designed to correct this problem and ensure that the electricity flowing through your system remains smooth, consistent, and safe.

What is the Average Power a Power Capacitor draws?

The average power a power capacitor draws is a function of the size of the capacitor, and what circuit it is attached to. For example, a 400-volt capacitor rated at 25 microfarads will draw approximately 0.8 amps of current when attached to a circuit with an operating frequency of 50 Hertz (cycles per second).

Why does a Circuit Need a Power Capacitor?

When electrical current flows through an AC system like an air conditioner or refrigerator, there will be fluctuations in the flow of current, which can cause damage to the electrical components. The resistance of these components can increase when they are exposed to these fluctuations, causing them to produce heat and eventually fail. A power capacitor helps protect against this problem by regulating the flow of current in order to minimize those fluctuations.

How is it Different than a Power Bank?

A power bank is a portable battery that stores energy for future use. They are typically found in smartphones, laptops, tablets, etc. Power banks are similar to power capacitors in that they store energy for later use, but they do not provide as much power or last as long as a capacitor.

How Often Should I Replace My Power Capacitor?

Most capacitors are rated for a certain lifespan and have the number of ‘equivalent operating hours’ (or EOH) they can be expected to work printed on them. This is a measure of how many hours the capacitor can be used at full capacity before it begins to wear out—once it reaches its maximum EOH, you should begin replacing it as soon as possible.

What are some other names of a Power Capacitor?

Please refer to this link to know more about Paper Capacitor , Variable Capacitor.

Thus, this is all about brief information on a power capacitor. There are some precautions that must be taken while installing power capacitors; these capacitors must be connected where there is no vibration, corrosive gas, explosion, impact, flammability, etc. Here is a question for you, what is a capacitor bank?