You are here: Home / Articles / Different Types of Capacitors and Its Uses 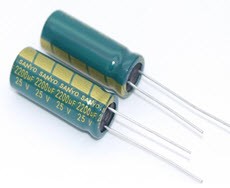 Capacitors are used commonly and useful as an electronic component in the modern circuits and devices. The capacitor has a long history and usage with more than 250 years ago the capacitors are the oldest electronic component being studied, designed, developed and used. With further technology, the capacitors are come up with different types based on their factors. In this article, we are discussing the most popular and most useful types of capacitors. The capacitor is a component and it has the ability to store energy in the form of electrical charge produces the electrical difference across its plates and it is like a small rechargeable battery.

What is a Capacitor?

The capacitance is the ratio of electric charge (Q) to the voltage (V) and the mathematical expansion is following.

The different types of capacitors are following.

Generally, the electrolyte capacitors are used when the large capacitor values are required. The thin metal film layer is used for one electrode and for the second electrode (cathode) a semi-liquid electrolyte solution which is in jelly or paste is used. The dielectric plate is a thin layer of oxide, it is developed electrochemically in production with the thickness of the film and it is less than the ten microns. 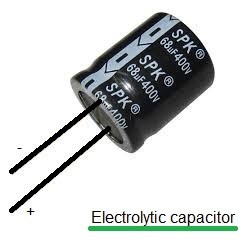 This insulating layer is very thin, it is possible to make capacitors with a large value of capacitance for a physical size, which is in small and the distance between the two plates is very small. The types of capacitors in the majority of electrolytic are polarized, which is DC voltage is applied to the capacitor terminal and they must be correct polarity. 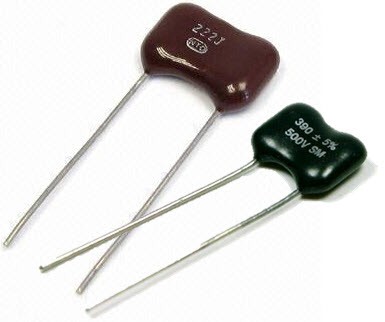 The mica capacitors are the low loss capacitors, used at high frequencies and this capacitor is very stable chemically, electrically, and mechanically, because of its specific crystalline structure binding & it is a typically layered structure. The most common used are Muscovite and phlogopite mica. The Muscovite mica is better in the electrical properties and the other Mica has a high-temperature resistance.

The construction of paper capacitor is between the two tin foil sheet and they are separated from the paper, or, oiled paper & thin waxed. The sandwich of the thin foils and papers then rolled into the cylindrical shape and then it is enclosed into the plastic capsule. The two thin foils of the paper capacitors attach to the external load. 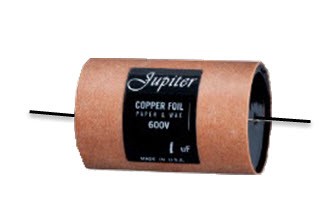 In the initial stage if the capacitors the paper was used in between the two foils of the capacitor, but these days the other materials like plastics are used, therefore it is called as a paper capacitor. The capacitance range of the paper capacitor is from 0.001 to 2.000micro farad and the voltage is very high which is up to 2000V.

The film capacitors are also capacitors and they use a thin plastic as the dielectric. The film capacitor is prepared extremely thin using the sophisticated film drawing process. If the film is manufactured, it may be metalized depend on the properties of a capacitor. To protect from the environmental factor the electrodes are added and they are assembled. 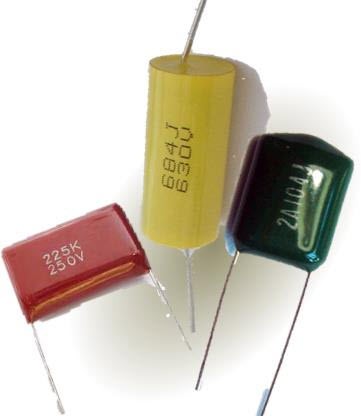 There are different types of film capacitors are available like polyester film, metallized film, polypropylene film, PTE film and polystyrene film. The core difference between these capacitors types is the material used as a dielectric and dielectric should be chosen properly according to their properties. The applications of the film capacitors are stability, low inductance, and low cost. 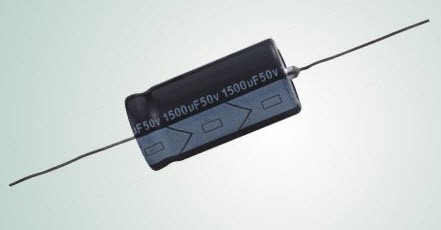 The examples are the speaker crossover filters and power factor correction network. In these two applications, a large AC voltage signal is applied across the capacitor.

The ceramic disc capacitors are manufactured by coating a ceramic disc with silver contacts on both sides and to achieve with the larger capacitance, these devices are made from multiple layers. The ceramic capacitors will a have high-frequency responses due to the parasitic effects like resistance and inductance.

Please refer to this link to know more about Variable Capacitor.

Please refer to this link to know more about Capacitors MCQs