You are here: Home / Electronics / What is PMMC Instrument : Construction & Its Working

The various electrical machines and panels are fixed onboard to sail the ship from one place to another place very efficiently and safely. To avoid the breakdown during sailing, these machines require regular maintenance. That means, measuring electrical quantities like resistance, voltage, and current will help to analyze the proper condition of the electrical machine. For this measurement, different instruments are used like a PMMC instrument.

PMMC instruments are one of the simple and widely used onboard instruments, which can assist the electrical equipment with regular maintenance and measure the required quantities of the circuit. It is also known as Galvanometer or D’Alvanometer. This article is all about PMMC instrument construction, working, advantages, and disadvantages.

What is PMMC Instrument?

The PMMC instrument stands for Permanent Magnet Moving Coil. When the coil placed in the stationary magnetic field produced by the permanent magnet moves and exerts a mechanical torque on the moving coil, then it is called a Permanent magnet moving coil. The instrument that measures the current flowing in the coil from the pointer deflection is known as the PMMC instrument. It is also known as the D’Arsonval instrument or Galvanometer.

These instruments are used in place of voltmeter and ammeters. These are more accurate and reliable but work only for measuring DC quantities. By placing the current-carrying coil in the strong magnetic field produced by a permanent magnet, the mechanical torque acts on the coil and moves. According to the coil movement, the pointer of the instrument starts deflecting over the scale, which indicates the value of the electrical quantities that are to be measured. The pointer deflection is directly proportional to the current in the moving coil.

The basic PMMC instrument diagram is shown below. A rectangular coil of thin wire with some turns is wound on an aluminum frame, which has an iron core inside. It is placed between the U-shaped permanent magnet poles, which are made up of Alnico (magnetic alloy). The coil pivoted on the jewel bearings helps in the free rotation of the coil. To concentrate the magnetic field, two soft-iron pole pieces are attached to the poles of the magnet.

The current to be measured is fed through two control springs, one is on top and the other is below the coil. These control springs produce the control torque. The induced damping current due to the eddy current moves the coil from one position to another. The coil that carries a current placed in a strong magnetic field experiences a torque and starts moving. The value of the current being measured is indicated by the pointer attached to the spindle. 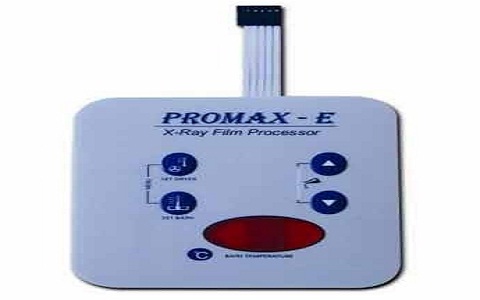 In a PMMC instrument, the damping torque is produced due to the aluminium former movement in the magnetic field produced by the permanent magnets. The eddy current develops in the coil due to the aluminium former moment and it is opposite to the moving coil. This deflects the point to reach a steady-state position. The eddy current and the friction of the bearings are also responsible for producing damping torque.

The moving coil in the magnetic field deflects the pointer and its deflection is directly proportional to the current flowing through the coil. The pointer is attached to the spindle and the deflection is over the gradual scale. It is made up of aluminium and is thin and lightweight. The one end of the pointer is flattened to look like a fine blade. The mirror and proper alignment of the pointer blade reduce the parallax error. The scale indicates the reading of the measured current value.

The PMMC instrument working principle is based on the principle of the motor. When the current-carrying coil is positioned in the magnetic field produced by a permanent magnet, then a force is experienced by the coil and moves. This is called the D’Arsonval principle. Hence the force acting on the coil due to the magnetic field is directly proportional to the current passing through the conductor/coil. The PMMC instruments are more reliable and accurate, which are used for only DC measurements.

Force on the coil is F = BIL

Where B = magnetic flux density in Wb/m2

I = current in the coil in Amps

L = length of the coil in meters

The PMMC instrument working is similar to the motor working. The current through the coil when the instrument is connected to the circuit. When the current-carrying coil is placed in the magnetic field produced by a permanent magnet, then a mechanical torque acts on the coil and starts moving.

At the steady-state position of the pointer, the damping torque is produced due to the eddy current. The eddy current setup on the aluminium former opposes the movement of the coil, which deflects the pointer and comes to rest position. The pointer of the instrument indicates the magnitude of the measured current. The scale is linear and uniform. This instrument is used for accurate DC measurements.

Consider B is the flux density in Wb/m2

‘L’ is the vertical length of the coil

‘I’  is the current flowing through the coil

As per Fleming’s Left-hand rule, The direction of current flow and the magnetic field is perpendicular to the force F.

The formula for force F acting on the coil due to the current flow is given as,

Hence, The deflecting torque Td is given as,

Mathematically, the deflecting torque equation is written as,

The controlling torque Tc of the coil produced due to the spring is given as,

Where ‘θ’ is the angle of pointer deflection

‘K’ is the spring constant.

At the steady-state condition of the instrument, the deflecting torque is equal to the controlling torque.

From the above equation, we can conclude that the deflection of the pointer in the PMMC instrument is directly proportional to the current flowing through the coil. The scale is uniform for linear current/voltage measurements in DC circuits.

What are the Different Reasons that Cause an Error in PMMC?

3 different reasons cause an error in PMMC Instrument.

Error due to Temperature

Error due to Spring

An error in the output reading of the PMMC depends on the contortion (twisting or bending) and quality of the spring. The pointer of the PMMC instrument doesn’t show the accurate reading due to the ageing of spring and hence causes an error. The error caused by the permanent magnets and the errors caused by the ageing of spring are opposite to each other and they can be compensated.

Error Due to Ageing of Permanent Magnets

The ageing of permanent magnets is due to the loss of their magnetism with time. And also the effect of heat and vibration reduces the magnetic strength and coil deflection results in an error in the PMMC reading.

The advantages of PMMC Instrument are as follows,

Some of the disadvantages of the PMMC instrument are listed below,

The few applications of PMMC Instrument are given below,

Thus this is all about an overview of a PMMC instrument – definition, diagram, construction, working principle, working, advantages, disadvantages, and applications. Here is a question for you, “What are the differences between PMMC instruments and Moving Iron type Instruments? “