You are here: Home / Basics / Basics of N-Channel MOSFET, Working and Characteristics

What is N-Channel MOSFET?

The MOSFET formed in which the conduction is due to the channel of  majority charge carriers called electrons. When this MOSFET is activated as ON this condition results in the maximum amount of the current flow through the device. This type of MOSFET is defined as N-channel MOSFET. 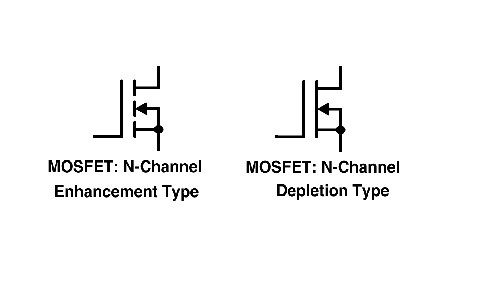 These n-channel MOSFETs are further classified as

The working of the n-channel MOSFET is based on the majority of the carriers that are electrons. These electrons move in the channel is responsible for the flow of current in the transistor. The p-substrate material is required in the formation of the gate terminals.

In n-channel MOSFET’s the body that is formed due to the p-substrate material that is technically referred to as the substrate. The n-type material is required for the formation of the terminals called source and the drain. Here the p substrate impurities are doped with light concentration whereas n-type is doped heavily. 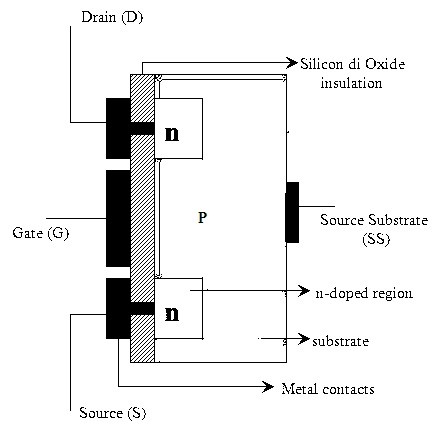 The device body that is formed due to p-type and the terminal source are connected to a common ground. A positive polarity of the voltage is applied to the terminal gate. Because of this positivism, it corresponds to an effect of the capacitor. Hence in the p substrate, the minority carriers that are free electrons get attracted and move towards the terminal gate.

Due to this a layer that is because of uncovered ions is formed bellow the layer of dielectric where the combinations of the holes with electrons occur. As the positive voltage applied gradually increases and crosses the minimum threshold the electrons which are minority carriers would be able to overcome the recombination with the holes and they form the channel between the two p type material .

Further application of the positive voltage value at the drain leads to the flow of current through the transistor. The concentrations of the electrons are dependent on the potential applied. These concentrations of the electrons are responsible for the formation of the channel and the application of the voltage at gate enhances the flow of the current. Hence it is termed as N- channel MOSFET of enhancement type. 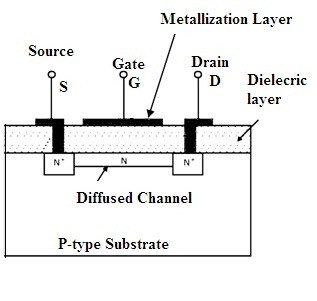 A voltage value with the negative polarity is applied at the gate. The electrons present in it get repelled and settles down at the dielectric layer. This is the reason due to which the depletion of the charge carriers occurs and results in the reduction of the overall conductance. At this situation after applying the same value of the voltage at the terminal drain still, the current value gets reduced. 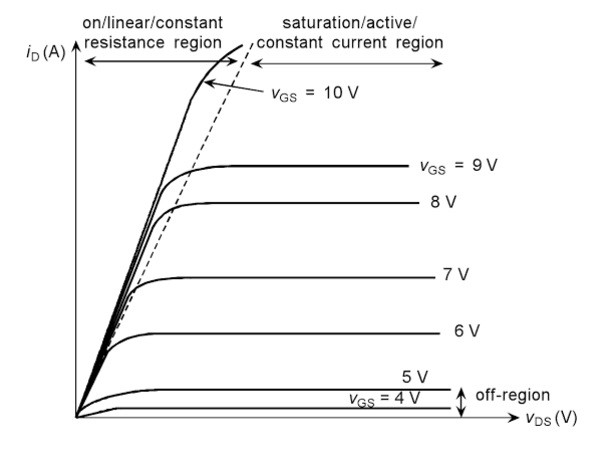 After the discussion on the basis of n-channel MOSFET can you tell the importance of n-channel enhancement over depletion type?