You are here: Home / Electronics / What is an Accelerometer : Working & Its Applications

An accelerometer is widely used to measure the rate of change of speed in three-dimensional space.  These devices essentially work on fundamental laws of physics, have brought revolutionary changes in the field of measuring and navigation.

What is an Accelerometer? 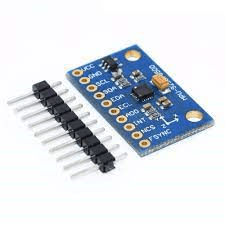 However, to measure acceleration, the force comes into the picture. Accelerometers have found wide applications in recent times. Even accelerometers are found in mobile phones also by using micro electronic and mechanical systems.

How does the Accelerometer Work?

Accelerometers are used to measure the rate of change of speed, or acceleration. For this measurement, force applied is considered.

As per Newton’s first law, “An object at rest or an object in motion will remain that way unless acted upon by a force”. It implies that, for an object to change its position, with respect to time, a force needs to be applied. Otherwise, it will remain in its initial position, for an infinite amount of time. This is due to the inertia of the body.

The same happens when the body is in motion. If a body is in motion, then if due to some external factor, it is brought to rest suddenly, then it tends to be in motion for some time. As per Newton’s second law of motion, force is defined as the product of mass and acceleration. 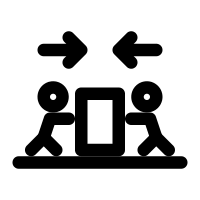 It can be expressed as F = (m.a). Where m is the mass of the body and a is the acceleration. Mass is defined as the amount of matter in a body. Now in order to measure, acceleration, which is required for the accelerometer, the above equation can be modified as a = (F/m). This means that acceleration can be obtained by dividing the force acted upon by mass.

Units of Measurement for Acceleration

For the calculation of acceleration, we need force. Now, what type of force is to be considered for the measurement of acceleration. One constant force, which is used to measure acceleration, is gravity. Gravity is the force that is acted due to the gravitational forces of the earth.

While looking for accelerometers, one should look for ‘g’ rating. It represents the full dynamic range, the device is capable of. It is usually represented as plus/minus 2g or 4g. For example, the accelerometer chip ADXL335 manufactured by Analog devices has the specification of 3 axes plus/minus 3g. This means it has a full dynamic range of 3 times the gravitational forces. Similarly, life augmented LSM303AGR has the range of plus/minus 2g to 16g. 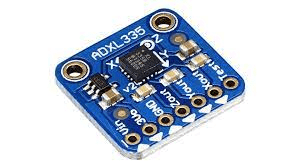 Based on the operating principle, the accelerometers are classified as 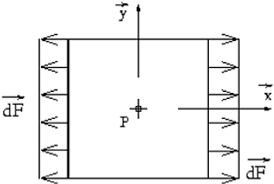 The two electrodes above and below, act as positive and negative electrodes. When force is applied, the structure distorts. Due to the distortion caused by the force, the electrons present in the crystalline structure, shift around, causing electric currents to flow. The flow of electrons creates, electric charge.

MEMS stands for micro-electro-mechanical systems. Hence the accelerometers, designed based on microelectromechanical systems can be effectively used since most of the electronic applications have MEM’s chips installed. The MEMS devices are microscopic electronics circuits, printed directly on circuit boards. Due to low power and micro applications, these devices have found huge applications in different fields. 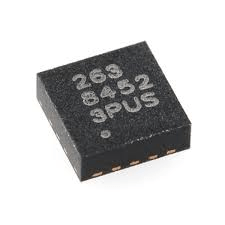 The anchor mass and proof mass form a plate each. And based on the distance between the two, the capacitance can be evaluated. The distance between the floating mass i.e. proof mass changes due to the force applied. It results in the increase or decrease of the capacitance. This can be used to calculate acceleration, based on the mass of the body. The force exerted can be extended to three-dimensional space.

Difference Between Accelerometer and Gyroscope

The fundamental difference between accelerometer and gyroscope is, the accelerometers are used to measure linear acceleration, along with one or several axes. Linear in the sense, the displacement or rate of change of speed is linear or proportional with respect to time.

If we plot a graph between the rate of change of speed, and time, we would obtain a straight line, passing through the origin. But for gyroscopes, it is not the case. The gyroscope measures angular velocity. That is the displacement is evaluated in terms of degrees.

In this case, it is not linear acceleration, but angular displacement that comes into the picture. A gimbal is one popular application of gyroscope. The difference between the accelerometer and gyroscope can be enlisted as

Please refer to this link to know more about Accelerometer MCQs.

The applications of accelerometers include the following.

To measure the seismic activity, the accelerometers are used as earthquake sensors, building sensors, inclination, etc. Apart from all these, there is the specific application of accelerometers, which are used to measure gravity. They are called gravimeters.

The other applications of accelerometers, come as orientation control or motion control. They are widely used in video games and even the aviation industry. Then they are also used in hand portable devices for measuring navigation like smartwatches. One popular application of accelerometer has been found in virtual reality game devices. They can be easily worn, and have high precision specifically.

1). Which is an Example of an Accelerometer?

Ans. A simple mobile phone is an example of an accelerometer, as it detects the motion of the phone. The phone can sense the motions. For this, a simple MEMS-based accelerometer sensor can be placed inside the phone. Other examples are virtual reality devices, navigators, gravity meters, etc.

2). What is the Range of the Accelerometer?

Ans. Accelerometer range is defined based on the force variation. This range can vary up from 1g to 250g. Another important factor of the range is sensitivity and amplitude measurement, which are inversely proportional.

Please refer to this link to know more about Hall Effect MCQs.

Please refer to this link to know more about Synchroscope.

Hence, we have seen the working and applications of accelerometers. These devices have gained huge popularity, especially due to the advent of MEMS devices. A huge number of applications can be designed by using MEMS sensors and can be built with cost-efficiency.