You are here: Home / Components / What is a Gyroscope Sensor : Working & Its Applications

What is a Gyroscope Sensor?

Definition: A gyroscope sensor is basically a device that takes the help of the earth’s gravity in determining the orientation. It is a type of sensor which we find inside IMU (Inertial Measurement Unit). A gyroscope can be used to measure the rotation on a particular axis. The device consists of a rotor which is nothing but a freely rotating disc. The rotor is mounted on a spinning axis which is present in the center of another larger wheel. 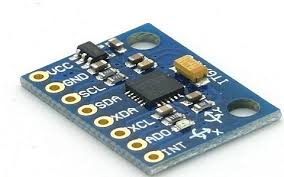 Let us further explain the working of Vibration Gyroscopic Sensor. The Vibration Gyroscope sensor consists of a double-T structure element. There is a drive arm that rotates in a particular direction. The drive arms are attached to the sensing arms. When the Vibration Gyroscopic Sensor is rotated, the Coriolis effect or the Coriolis force will start to work on the drive arms. The vibration of the drive arms causes motion in the pair of sensing arms of the gyro which will generate a potential different from the angular velocity which has been sensed by the device. We can then convert the angular velocity to electrical signals.

Based on the size and performance, gyroscope sensors are of various types:

A ring laser gyroscope basically has a ring laser. The ring laser two has two counter-propagating resonant modes on the same path which are independent of one another. The difference in the frequencies of the two resonant modes can be used to detect the rotation of bodies.

A fiber-optic gyroscope follows the Sagnac effect. It works on the principle of interference of light which passes through the coils of the optic fiber. We inject two beams of light into the optic fiber from two opposite directions, and the phase shift can be measured through interferometry.

Quantum gyroscope is also referred to as a superfluid gyroscope, and it is gradually replacing the mechanical gyroscopes. This type of gyroscope uses fluid material in order to detect the change of orientation in different moving bodies.

Vibration gyroscope is the most commonly used gyroscope sensor. It is also an effortless device which is quite easy to use. In this type of gyroscope, a vibrating structure can be used to detect the rate of rotation in moving bodies. A vibration gyroscope has various important characteristics like temperature-frequency coefficient, scale factor, and many more.

Gyroscope Sensors have become an indispensable part of smartphones these days. All the games which we play using motion senses are because of the gyroscope sensor. One of the best examples is the very popular Pokemon Go game which is completely based on the principle of gyroscopic sensors. We also need a gyroscope to view 360-degree videos on our mobile phones.

A gyroscope provides an interactive GUI using which the users will be able to select options and menus by simply tilting their phones. The gyroscope in mobiles can also be used for image stabilization and GPS-inertial navigation.

Gyroscope Sensor Mobile App is used in those smartphones which do not have inbuilt gyroscopic sensors. Using these apps, the mobile phone will be automatically able to detect different types of motion, and based on that; it will perform the necessary actions.

A majority of tasks of the mobile phone can be done simply by sensing motion. Some of the most popular Android Gyroscope Sensor Mobile Apps are AndroSensor, Wifi Analyzer, Metal Sniffer, and Clinometer. Various iPhone apps are also available like iBeer, Sleep Time
And Sky Views.

Some of the most important applications of the gyroscope sensor are:

Sensing Angular Velocity: It can be used to sense the rate of change of angular motion in moving bodies. This can be used for detecting athletic movement.

Sensing Angles: The angles can also be detected using the gyroscope sensor. This application is used in car navigations and game controllers.

Sensing Control Mechanism: We can also use a gyroscopic sensor to detect vibration due to various external factors. We can use this application for camera-shake control and vehicle control.

What is a gyroscope used for?

What does a gyroscope measure?

A gyroscope generally measures the rate of change of angular motion or the orientation of objects. It can measure the change in angles of moving bodies.

Can a gyroscope produce electricity?

Yes, a gyroscope can produce electricity. It changes the mechanical energy of the rotor to electric energy.

Why is the gyroscope important?

A gyroscope is considered to be an extremely important device because of its ability to measure orientation. It has a number of applications which makes it a very useful device.

How do gyroscopes stabilize?

Gyroscopes stabilize by using the principle of angular momentum. A resistive force is used to bring the moving gyroscope back to rest.

Please refer to this link to know more about WiFi Questions with Answers.

Thus, this is all about an overview of a gyroscope sensor. As we can see,  this sensor is one such device which is being used in various fields in recent times. It can be used for motion sensing, altitude sensing, angle sensing, and many more. It is a very useful device and has made human life much easier. Here is a question for you, what is the main function of a gyroscope sensor?