You are here: Home / Communications / What is Phase Shift Keying : Types and Its Forms

Phase Shift Keying is a process of digital modulation where data is transmitted by regular reversal of phase. It can be used to transmit data using different data communication techniques. This technique uses a reference signal of constant frequency. The transmission is done in an extremely efficient way. It is quite useful in the engineering and telecommunications sector and is also superior as compared to amplitude shift keying or ASK. We effectively use PSK in radio communication. In the case of Phase Shift Keying or PSK, the phase of the transmission signal is continuously altered to get the output. The Modulation is done by continuously varying the cosine and sine functions at regular time intervals. There are different forms of PSK and each of them has its own advantages as well as disadvantages. It is widely used in different types of communication techniques like LAN, Bluetooth communication, etc. Here, we have provided an in-depth analysis of PSK along with its various advantages and disadvantages.

What is Phase Shift Keying?

Definition: Phase Shift Keying is a type of digital modulation technique where we transmit the data by modulating the phase of the carrier signal. The modulation is carried out by changing the inputs at regular intervals of time. Here we use finite phases and each of these phases can be represented by a unique pattern of bits. The number of bits used is the same in each case. A demodulator is used to determine the phase of the signal and recover the original data from it. Such a system is referred to as a coherent system. 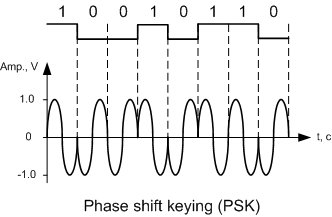 We can represent the PSK method by using the constellations diagram. Uniform phase separation is offered among nearby points and therefore it is the best protection to corruption.

PSK is of two types:

BPSK is also called phase reversal keying or 2PSK. It is the most simple form of PSK. Two phases are used which has 180 degrees separation and the two phases are represented by 0 and 1 where 0 represents 0 degrees and 1 represents 180 degrees. In this method, certain basic functions are selected. The position of the constellation points on the wave does not matter. They can be placed anywhere. It is the best form of PSK as it can take care of huge noise distortion. However, one major disadvantage of PSK is that it can only modulate one bit per symbol. 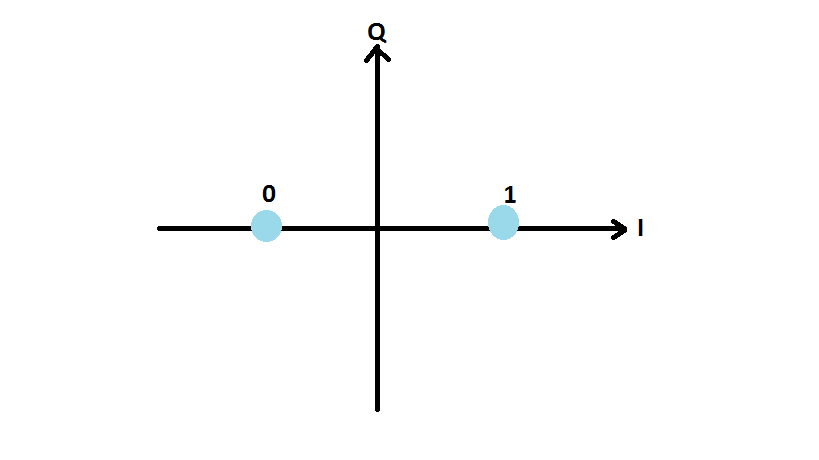 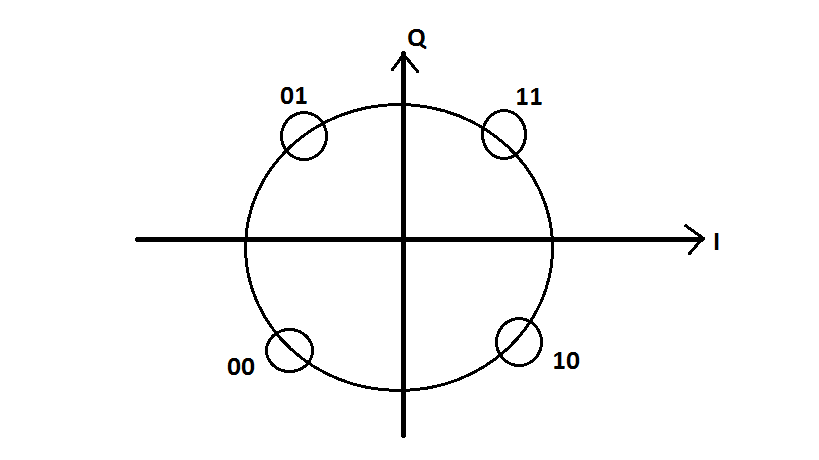 Some other Forms of PSK

Some of the most important forms of PSK have been mentioned below:

Some of the major advantages of PSK are:

Some of the major disadvantages of PSK are:

Some of the major applications of Phase Shift Keying are:

PSK is basically a data modulation technique in which data is transmitted by continuously varying the pulses of the reference signal.

PSK signals have more bandwidth efficiency as compared to FSK. However, FSK signals are less susceptible to noise and distortion. Hence, it is quite difficult to draw up a comparison chart between PSK and FSK.

3). What is the Shift keying technique?

Shift keying is a data modulation technique. In shift keying, while data is being transmitted, the values which are used for encoding the data continuously switch between two keys having discrete switching values.

Only 1 bit is used in the case of BPSK.

PSK signals have more bandwidth efficiency as compared to FSK. However, FSK signals are less susceptible to noise and distortion. Hence, it is quite difficult to draw up a comparison chart between PSK and FSK.

Please refer to this link to know more about Phase modulation.

Thus we can see that PSK is a modulation technique in which data is transmitted by continuously altering the phase of the signal. It is a more superior data modulation technique as compared to that of ASK. This is because it is less susceptible to noise and distortion. It has various applications as well and is used extensively in various industrial segments.  Here is a question for you, what are the types of phase-shift keying?