You are here: Home / Electronics / What is a Band Stop Filter : Design & Its Characteristics

What is Band Stop Filter?

The filter that allows above and below the particular range of frequencies and rejects all other frequencies of a given input signal, is known as band stop filter. It is also known as a band-reject filter or band elimination filter or notch filter. It allows all the frequencies below and above the cut-off frequency of low pass and high pass filter circuit. Since this circuit is designed using low pass and high pass filter circuits. This type of filter is mainly used to reduce the distortion in the signal.

The RC band stop filter circuit is shown below. 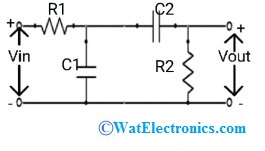 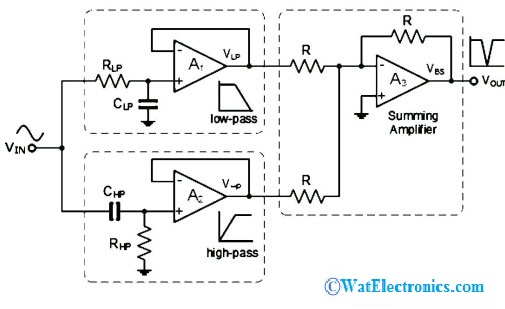 The band stop filter theory can be understood by using the block diagram shown below. 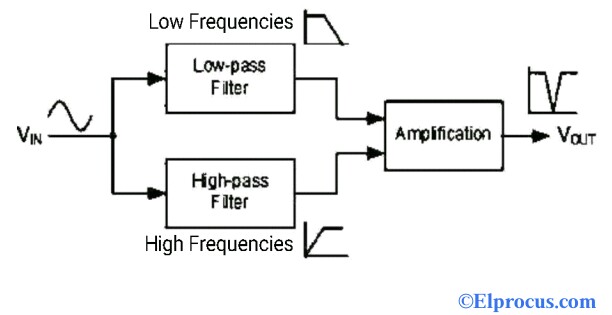 The quality factor Q of the circuit can be calculated as

The band stop filter circuit using R, L, and C is discussed below.

This filter allows a particular range of frequencies, which are above and below the cut-off frequencies of high pass and low pass filter circuits. It blocks the frequency components between the low and high-frequency ranges. The circuit using R, L, and C is shown below. 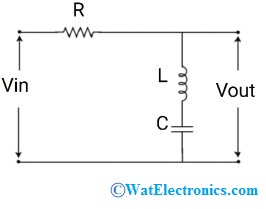 The band stop filter with a narrow frequency response is known as a notch filter. It is designed to reject or block a particular band of frequencies and increases the selectivity of the filter. The quality factor ‘Q’ is very high when compared to the bandpass filter. It is widely used to reject the specific frequency bands in reducing electrical noise, graphical equalizers, synthesizers, communications, biomedical applications, and many more. 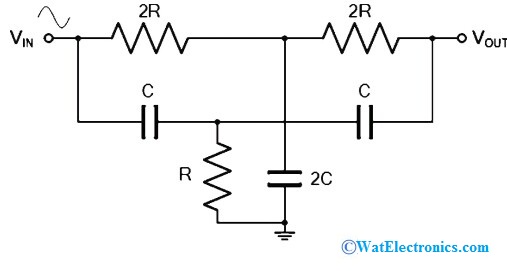 In practice, the switching mechanism of the capacitor changes the output characteristics of high pass and low pass filters and are not similar to the ideal filter. The passband gain of this filter should be equal to the gain of the low pass and high pass filter. 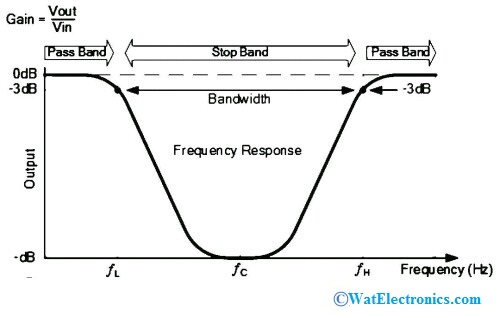 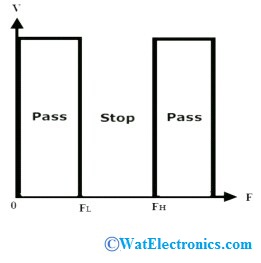 Find the resistance required for an RC band stop filter with a center frequency of 120Hz and, the capacitance of 0.33micro farads.

We can find the resistance of this filter by using the formula,

Hence, a resistor of 4kilo ohms is required to design the RC bandstop filter with 120Hz center frequency and 0.33 micro Farads capacitance.

The bandstop filter applications include the following.

Thus, this is all about the bandstop filter – definition, circuit, design, theory, calculations, frequency response, characteristics, narrow band stop filter, and applications. The purpose of this filter is to reject the wide band of frequencies. Here is a question for you, “What are the advantages of a notch filter? “