The name for DeMorgan’s laws was named after a British logician and mathematician Augustus De Morgan. The influence behind the invention of these laws was the algebraization of logic carried out by George Boole and later strengthened by DeMorgan's claim to the find.  Even though there were many observations made on these principles by Jean Buridan, William of Ockham, and many others, the credit was given for DeMorgan where he specified the laws in the form of contemporary formal logic and … END_OF_DOCUMENT_TOKEN_TO_BE_REPLACED 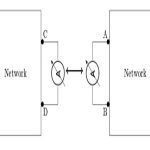 In electronics and electrical engineering, many network theorems are used to solve complex and multi-loop circuits. The network theorem is used in the analysis of AC networks. They are classified into various types such as Thevenin's theorem, Superposition theorem, Norton's theorem, maximum power transfer theorem, Millman's theorem, Substitution theorem, and reciprocity theorem. This article describes the reciprocity theorem, which is used in both circuit theory and field theory. Since the … END_OF_DOCUMENT_TOKEN_TO_BE_REPLACED 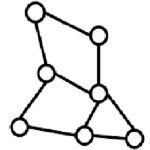 In designing electrical circuits, the process of analyzing the circuit is a crucial part, which deals with voltage and current at each branch or node of the circuit. The process of analyzing the circuit is nothing but finding out the unknown voltage and current values of a branch or node. However, this process is complex because more components are connected together in the circuit. Hence the proper technique should be followed to determine the current and voltage. There are two possible … END_OF_DOCUMENT_TOKEN_TO_BE_REPLACED