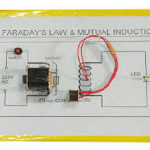 Faraday’s law of electromagnetic induction was the own discovery of two scientists Michael Faraday in the year 1831 and Joseph Henry in the year 1832. The first results from his experiments were released by Faraday. In his initial experiment, he found the principle of electromagnetic induction. In this, he rolled two metallic wire strips all across the iron ring. With this, he came to know the principle behind electromagnets. He believed that when there is the flow of current at one end of the … END_OF_DOCUMENT_TOKEN_TO_BE_REPLACED 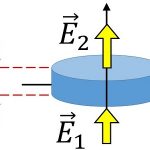 The study of electric charge and electric flux along with the surface is the Gauss law. It is one of the basic laws of electromagnetism, which is applicable for any type of closed surface known as a Gaussian surface. This law is explained and published by a German mathematician and physical Karl Friedrich Gauss law in the year 1867. It describes the relation between the intensity of the electric field of a surface and the total electric charge enclosed by that surface. This article gives an … END_OF_DOCUMENT_TOKEN_TO_BE_REPLACED