You are here: Home / Communications / What is Time Division Multiplexing : Working & Its Applications

What is Time Division Multiplexing?

Time-division multiplexing is a term that has been used in the technology world for many years. It’s a method of transmitting multiple data streams over a single transmission channel by interleaving pieces of each stream at different times. In other words, it takes information from two or more sources and combines them into one signal that can be sent over the same line. 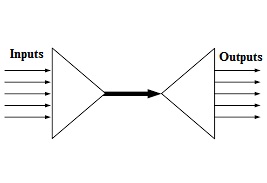 So, by using this multiplexing, we can add additional channels to the digital circuit by sharing the circuit with other digital signals. This multiplexing process is used in dividing the time portions of the signal into smaller fractions and transferring them to different locations in the network.

For example, Do you think you are using a Time Division Multiplexing in your home network—and the answer is yes you are!—it is your router and modem working together to divide up the line into segments of time. Each segment of time will be assigned to a specific device in your home. That way, when one device sends data over the internet, it can send it all at once, but it will wait until its own segment of time before it does so. It’s almost like little devices taking turns on a playground.

Time Division Multiplexing, or TDM for short, is a method for sending multiple signals through the same physical channel. This can be done in a variety of ways . For  For a better understanding of the TDM concept, let us discuss the following time-division multiplexing circuit.

We know that the multiplexing technique allows the different signals transmitted over a common channel. But, one may require distinguishing between the different signals for suitable transmission of data. As a result, in TDM, the transmission of the complete signal can be done by occupying various time slots. Generally, TDM can be performed to multiplex several data signals.

In the following diagram, different sources like A, B & C want to send data using a common medium. So the signal from these sources can be separated into different frames where each frame has a fixed time slot.

Here three units from every source can be taken into consideration that equally forms the genuine signal.

A-frame can be transmitted at a time that is collected with one unit for every source. Once these units are completely dissimilar as compared to others then the probability of needless signal mixing can be removed.

Once a frame gets broadcasted over the specific time slot, then the next frame utilizes a similar channel to get broadcasted. Further, the procedure is repeated until the achievement of the transmission.
In the above example, we have taken three different sources, however, one can achieve n-source signals multiplexing.

It is important here that single source units should be equal to the whole number of source signals to be broadcasted. By using TDM, the multiplexing of both the analog and digital signals can be done however its processing method simply allows the digital signals multiplexing easily instead of analog signals.

There are two main types of time-division multiplexing synchronous and asynchronous: 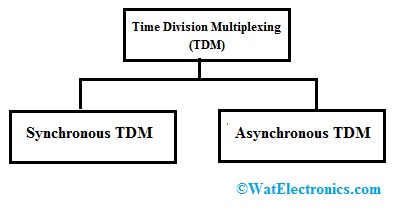 Whenever a computer is sending more information than can fit into a single packet, it has to split its data up. For example, if you’re trying to download a file from a website and the website is taking too long to send all the files down, your computer will have to send several packets in order to get everything. This was an annoying problem before computers existed (it was called “being human”), so we already had a solution long before we became cyborgs: synchronous time-division multiplexing.

Synchronous time division multiplexing is a form of time-division multiplexing that allows the transmission and reception of signals over the same medium. This method is commonly used to speed up computer networks. Instead of having many data links between two points, it uses fewer links simultaneously by rearranging the data into a continuous stream of short frames or slots.

With asynchronous time-division multiplexing, on the other hand, things work differently: instead of waiting for packets of information to arrive, each packet gets assigned a time slot and then they’re sent out in no particular order—so now when you’re downloading that 3-packet file, you can download all three packets at once because they’re not being sent back-to-back. The downside is that it takes longer for everything to happen.

Asynchronous time-division multiplexing (ATDM) is the form of multiplexing that allows you to perform tasks in parallel by being able to complete a given task in less time. This is made possible through the ability of each task to utilize the information that other tasks have completed. Whereas synchronous multiplexing requires tasks to be completed at the same time, ATDM allows a single processor to work on many different tasks simultaneously.

To understand it better let’s look into a real time scenario like the data transmission through a wifi network or phone etc,       here TDM uses a single channel to transmit a single signal made up of many different pieces of information simultaneously—and that signal can only move as fast as its slowest piece of data.

The problem is that when the signal gets delayed or stopped in its tracks, everything is delayed or stopped entirely until the entire signal is sent again. So if your streaming service goes down for even a second… you miss an episode of your favourite series. In fact, all online content providers experience downtimes due to congestion on the networks they rely on—there’s simply too much data trying to fit through too small of a pipe.

This is where asynchronous time-division multiplexing comes in: it allows us to use multiple channels to transmit multiple signals simultaneously. Each channel can have its own speed, so delays are less likely to affect the whole system and content.

So far we came to know about time division multiplexing and it’s different types. Now let’s get to understand how to determine the efficiency of a TDM through the below example.

In TDM, if both the transmission & propagation delays of a packet is 2msec each at 5 Mbps bandwidth (BW), then calculate the following.

Transmission delay or Tt is 2msec

The efficiency of a time division multiplexing can be calculated as

The effective bandwidth of a TDM can be calculated as;

Calculate How Many Stations are connected to the Network?

To calculate how many stations are connected to the network, this formula is used.

Maximum Effective BW = Total no. of stations x BW requirement of one station

Let the whole no. of connected stations be ‘N’, then

Therefore, a maximum of 1500 stations can be connected to achieve a better understanding of TDM.

The difference between time division and frequency division multiplexing is discussed below.

The advantages of TDM include the following.

The disadvantages of TDM include the following.

Another common use for time-division multiplexing is Ethernet networks, which use this method to send data from one computer to another over a single line by interleaving packets of information at different times onto that line so they don’t interfere with each other when being transmitted simultaneously.

Thus, Time-division multiplexing is a technology that allows different signals to be transmitted at the same time over the same line. TDM is useful for boosting bandwidth to more than one application in a LAN. It can be implemented in several ways as it is used in LAN network for so many years and is on its way to becoming dominant as the technology of choice, due to its low cost and ease of implementation. Here is a question for you, what is FDM?