The utilization of Satellite Communication worldwide has become common and everywhere in some different applications such as DTH Broadcasting, Television, DSNG, and VSAT to develop unique facilities in terms of outreach as well as coverage. For the past three decades, this technology is used in a large number of commercial as well as common applications. The prospective of the technology for public applications continues to attract ISRO & hard works are influencing the benefits of technology for the betterment of mankind.

What is Satellite Communication?

A satellite definition is a small object that rotates in the region of a larger object within space. The best example of a natural satellite of the globe is the moon. We know that communication is nothing but the sharing of data among two or more entities using any transmission channel or medium. Alternatively, communication can also be defined as transmitting, receiving & processing the data.

So, if communication occurs between any two stations on the earth with a satellite, then it is known as satellite communication. In this kind of communication, electromagnetic waves are utilized like carrier signals to carry the data like audio, voice, video among space and ground.

The bandwidth used by skywave propagation mainly ranges from 30 to 40 MHz with the properties of the ionosphere of the earth. The highest station distance is restricted to 1500KM simply in both the propagations. So, satellite communication conquers this drawback. By providing long-distance communication. 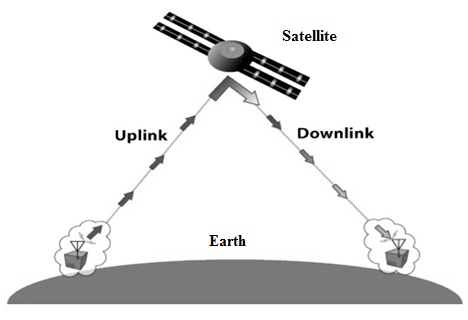 Satellite communications are related to the space mirrors because they assist us in activating the signals like internet data, radio & TV from one face of the earth to another face. 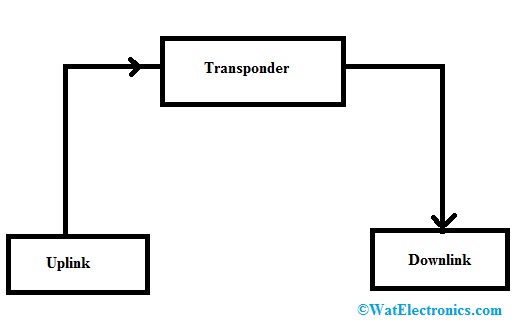 Let us consider the signals from a TV. In the primary phase, the signal transmits from the television to the other face of the earth & first carries to the satellite from the earth station over the earth. So this kind of procedure is called an uplink.

The second stage is transponder like amplifiers, transmitters & radio receivers. The main function of a transponder is to boost the inward signal as well as to modify its frequency so that the leaving signals are not changed. Based on the incoming sources of signal, the transponders will change.

The final stage includes a downlink where the data is transmitted to the receiver end on the globe. It is significant to recognize that generally there is a single uplink & several downlinks.

The classification of satellites can be done based on their functions because they are mainly launched into space to perform a specific task. So its design must fulfill its role. There are different types of satellite communication systems like communication, remote sensing, navigation, geocentric orbit type like LEO, HEO, MEO, GPS (global positioning system), GEOs(geostationary satellites), polar, ground, drone, smallsats, CubeSats, nanosats.

From the above-mentioned types of satellites, the artificial satellites are communication type because they communicate with receive signals which are received from earth station & again transmit to other earth station.

Data communications are used to transmit the data from one end to another. In various organizations, the information can be exchanged in between different locations which utilize satellites to assist the data transfer throughout the VSAT (very small aperture terminal) networks.

With the development of the Internet, a major quantity of Internet traffic travels throughout satellites to make the Internet service providers one of the main customers for satellite services.

The satellite system performance is mainly associated with the radio signal’s type & its strength used among the satellite & transmitter mounted through the vessel.

The radio signal type used by transmitters is related to monitoring control & surveillance of fisheries in the microwave band is extremely reliable & fairly low-powered. The signal is not highly affected through the conditions of atmospheric.

The advantages of satellite communication include the following.

The disadvantages of a satellite communication system include the following.

The applications of satellite communication systems include the following.

Please refer to this link to know more about GPS MCQs.