You are here: Home / Electronics / Difference Between BJT and MOSFET

Both the BJT and the MOSFET come under the category of semiconductors. This type of devices produces large variations in the electrical signals due to the changes in the applied input signals. The transistors are the revolutionary devices; its invention in the 20th century has bought changes in the electronic systems. These also facilitate to act like switches as well as it can also be used in amplifiers. The basic type in the transistor that introduced earlier is BJT later MOSFET is introduced based on its requirements the various types of transistors are chosen and can be used. This article discusses the difference between BJT and MOSFET

Difference Between BJT and MOSFET

The difference between BJT and MOSFET mainly includes what is BJT, what is MOSFET and their differences.

BJT stands for Bipolar Junction Transistor. It was invented at the earlier stages. During those days vacuum tubes were used. The replacement for these vacuum tubes is found by the invention of BJT. It has three terminals known as base, emitter, and collector. This type of transistor is generally known for its current control characteristics. 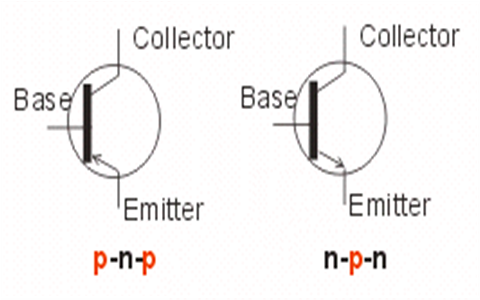 These devices are also categorized under the semiconductors which are also similar to that of FET. It also consists of three terminals referred to as source, drain, and gate. In this type of device, the current produced at the drain is controlled by the voltage at the terminal referred to as a gate.

Hence the controlling of current in this device is due to the voltage at the input. This type of device is referred to as a Voltage Controlled Current Device. The working of MOSFET is defined based on depletion and the enhancement modes.

The basic difference that defines BJT and MOSFET are as follows

Please refer to this link to know more MOSFET MCQs