You are here: Home / Electronics / Difference Between Von Neumann and Harvard Architecture?

In present days, the audio & video is totally digitized. When the audio signal is out of any audio source or microphone, then the analog will be sampled, coded, modulated, compressed & processed into the digital form like zero’s and one’s, so it is named DSP (Digital Signal Processing). The remaking of digital signal into the audio signal is done by digital signal processing. The architecture of traditional X86 is called “Von Neumann”, and it is not suitable for handling several algorithms to route this type of digital data. The most popular “Harvard Architecture” is used to handle complex DSP algorithms, and this algorithm is used in most popular and advanced RISC machine processors. Here, in this article, we have discussed Von Neumann and Harvard Architecture and working.

What are Von Neumann and Harvard Architecture?

Here, we are giving an overview of Von Neumann and Harvard Architecture, differences, and their features. 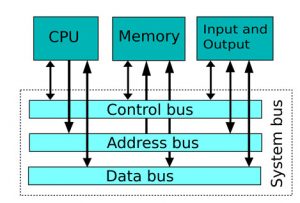 Application and Features of the Von Neuman Architecture

Memory: We all know that the Von Neuman is nothing but a computer having the feature of data storage. In the architecture of Von Neuman, memory plays a vital role and it is considered as one of the important features. Mainly this is responsible for both holding and starting of data and programming data. In modern days this has been replaced by the RAM and now we are using RAM for this purpose.

Control Unit: This unit is mainly responsible for the controlling aspect. All the data stored in the memory and during the processing of data the control unit plays the role and manages the data flow. In fact, to be more typically it is “One At A Time”. The control unit follows the principle of the One At A Time and accordingly it process all the data.

ALU: ALU or the Arithmetic Logic Unit has great importance in the Von Neuman architecture. Any sort of addition, subtraction, multiplication, and division of the data will be carried out by this ALU. In addition to that, any other kind of algorithmic function and activities will be carried out by the ALU. These are the basic aspect of the Von Neuman architecture which you must aware of. 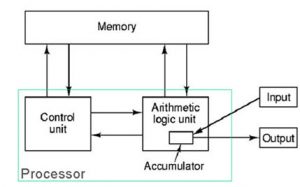 Application and Features of the Harvard Architecture

In the previous architecture, we have witnessed the presence of two memories. However, in case of the Harvard architecture, you will not find two memory and there will be one memory. The existing memory will be able to perform all the functions. Yes, there will be only read-only memory and this memory will be used for the purpose of reading, coding, decoding, and storing data.

By implementing the same formula the modern days CPU are being manufactured so that the new CPU can run at a much faster sped and can also process the data effectively. The concept of the CPU cache is also being implemented while designing the Harvard architecture.

Why Harvard Architecture is Effective?

Whenever you are watching a video it is synchronized between the audio and the video. If the audio microphone or chip goes out of control you can’t enjoy the video and vice versa, and the same concept is applicable here also.

In Von Neuman, both the data and the programs are ignored in the same memory, but in the latter case, separate memory is used for the above purpose. Hence, in the storing the data aspect, both differ from each other.

Coding also differs in both the architecture. The Von Neuman is a kind of architecture where you will find that the codes are executed serially and takes more clock cycles, whereas in the case of the latter the same does not happen. The Havard architecture follows a parallel level of coding.

Thus, this is all about Von Neumann and Harvard Architecture with applications and features. We hope that you have got a better understanding of this concept, furthermore, any queries regarding this concept, or microcontroller-based electronic projects please give your feedback by commenting in the comment section below. Here is a question for you, which architecture is so effective?