Capacitors are the basic element of any circuit that requires the smoothening of signals. These elements are widely preferred for the blocking of the DC signals.  Whenever a capacitor is supplied with the DC voltage the positive charge is settled at one side of the plate. The remaining negative charges are shifted at another plate. In this way, the charges have attained a state of stability. Hence the positive and the negative charges neutrally arranged on the plates.

What is a Capacitor?

A component that is designed with the separation of parallel plates in which the material of insulation is present. This material is known as Dielectric. This type of component is defined as a capacitor. The meaning that defines the name capacitor is, to store the charges in terms of the electric field.

A capacitor consists of two plates that are parallel to each other. In the same way, the symbol represents the plates along with the separation. Even two end terminals that are used in the circuit connections can be shown in the symbol. These capacitors are available in various symbols and types. These can be in the shapes of the rectangle, it can be a square, spherical, cylindrical or circular. 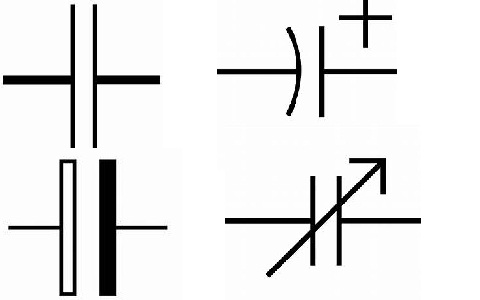 But due to the presence of insulating material called dielectric in between the plates the charges cannot pass through it. Instead of flowing it gets settled at the other side of the plate. Now one of the plate has more number of electrons accumulated. This indicates that the capacitor is charged. Only the charging is possible with when a DC supply is applied. 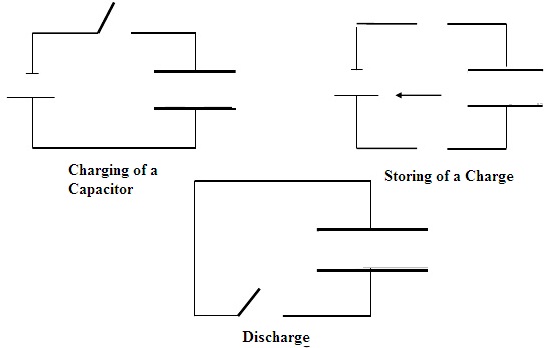 In the case where AC supply is provided the Charging and the Discharging are dependent upon the frequency of the source signal. This is the basic principle involved in the functioning capacitor.

Why Capacitors are Important?

The capacitor is the capable passive element that is used in various electronic systems. Some of the importance requirements of the capacitor is illustrated below :

In this way, this component called a capacitor is utilized in the systems where either Dc or Ac supplies are present. In the various systems, these are utilized randomly.

The Capacitance of a Capacitor

Where “C” in the equation determines the value of the capacitance to the Charge and the Potential Difference across the plates. It is evident from the equation that Capacitance is directly related to charge in the capacitor and inversely related to the Potential Difference. Hence by increasing the plates in number one can increase the value of its capacitance. But the area of that capacitor will be incremented.

Where “C” is the capacitance denoted in terms of farads.

Generally, the capacitance value is measured in terms of Farads. But this is the large unit. Instead of this, its sub-units are used in various cases. These are widely preferred in the Real-Time Applications. The subunits are “milli farads (mF), micro-farads, nano-farads (nF) and picofarads (pF)”.  To convert the value of one unit into another unit a converter referred to as “Electrical Capacitance Unit Converter” is used.

The above units are considered as the Standard Units which are preferred in the various applications.

Voltage Rating of a Capacitor

The main important factor n which the voltage depends upon is the dielectric material used in between the plates of the capacitor. There is a term relates to voltage known as let u. The maximum rating is chosen in such a way that it must possess the Working Voltage 50 percent more than the applied Maximum Voltage in the circuit. In the case with DC, it doesn’t get affected. But AC has an RMS factor.

The applications of these component are as follows:

In this way, there are various capacitors are used based on the required applications.

There are various applications of the capacitors in the practical world. As we know that it has two plates that are parallel to each other. But when the other plate is inserted between these plates and connected in such a way that it establishes the connection with the ground. The capacitance of that capacitor can be reduced to value zero.  let us know How will you identify which type of capacitor is used in the circuit?