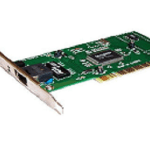 The development of computer networking was in most prominence and the progression of networking started by Arpanet development in the late period of the 1970s. Before this, the usage was with computer vendor networks where those are designed mainly to connect the mainframe with terminals and entry stations. Whereas the thought behind networking is to establish communication between computer devices where both are considered as peers to accomplish resource sharing. Computer networks are … END_OF_DOCUMENT_TOKEN_TO_BE_REPLACED