You are here: Home / Components / Know all about Raspberry Pi Board Technology 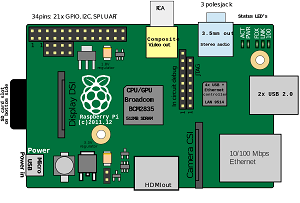 The Raspberry pi is a single computer board with credit card size, that can be used for many tasks that your computer does, like games, word processing, spreadsheets and also to play HD video. It was established by  the Raspberry pi foundation from the UK. It has been ready for  public consumption  since 2012 with the idea of making a low-cost educational microcomputer for students and children. The main purpose of designing the raspberry pi board is, to encourage learning, experimentation and innovation for school level students. The raspberry pi board is a portable and low cost. Maximum of the raspberry pi computers is used in mobile phones. In the 20th century, the growth of mobile computing technologies is very high, a huge segment of this being driven by the mobile industries. The 98% of the mobile phones were using ARM technology.

The raspberry pi comes in two models, they are model A and model B. The main difference between model A and model B is USB port. Model A board will consume less power and that does not include an Ethernet port. But, the model B board includes an Ethernet port and designed in china. The raspberry pi comes with a set of open source technologies, i.e. communication and multimedia web technologies.In the year 2014, the foundation of the raspberry pi board launched the computer module, that packages a model B raspberry pi board into module for use as a part of embedded systems, to encourage their use.

The raspberry pi board comprises a program memory (RAM), processor and graphics chip, CPU, GPU, Ethernet port, GPIO pins, Xbee socket, UART, power source connector. And various interfaces for other external devices. It also requires mass storage, for that we use an SD flash memory card. So that raspberry pi board  will boot from this SD card similarly as a PC boots up into windows from its hard disk. 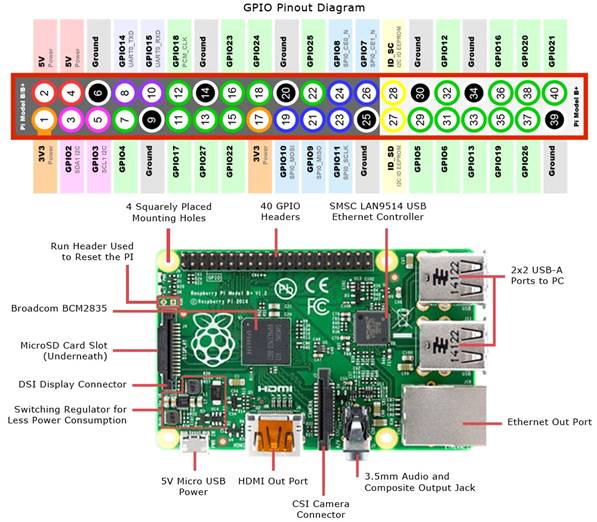 The Central processing unit is the brain of the raspberry pi board and that is responsible for carrying out the instructions of the computer through logical and mathematical operations. The raspberry pi uses ARM11 series processor, which has joined the ranks of the Samsung galaxy phone.

The GPU is a specialized chip in the raspberry pi board and that is designed to speed up the operation of image calculations. This board designed with a Broadcom video core IV and it supports OpenGL

The XBee socket is used in raspberry pi board for the wireless communication purpose.

The Universal Asynchronous Receiver/ Transmitter is a serial input & output port. That can be used to transfer the serial data in the form of text and it is useful for converting the debugging code.

The connection options of the raspberry pi board are two types such as HDMI and Composite.Many LCD and HD TV monitors can be attached using an HDMI male cable and with a low-cost adaptor. The versions of HDMI are 1.3 and 1.4 are supported and 1.4 version cable is recommended. The O/Ps of the Raspberry Pi audio and video through HMDI, but does not support HDMI I/p. Older TVs can be connected using composite video. When using a composite video connection, audio is available from the 3.5mm jack socket and can be sent to your TV. To send audio to your TV, you need a cable which adjusts from 3.5mm to double RCA connectors.

Model A Raspberry Pi Board

The Raspberry Pi board  is a Broadcom(BCM2835) SOC(system on chip) board. It comes equipped with an ARM1176JZF-S core CPU, 256 MB of SDRAM and 700 MHz,. The raspberry pi USB 2.0 ports use only external data connectivity options. The board draws its power from a micro USB adapter, with min range of 2. Watts (500 MA). The graphics, specialized chip is designed to speed up the operation of image calculations. This is in built with Broadcom video core IV cable, that is useful if you want to run a game and video through your raspberry pi. 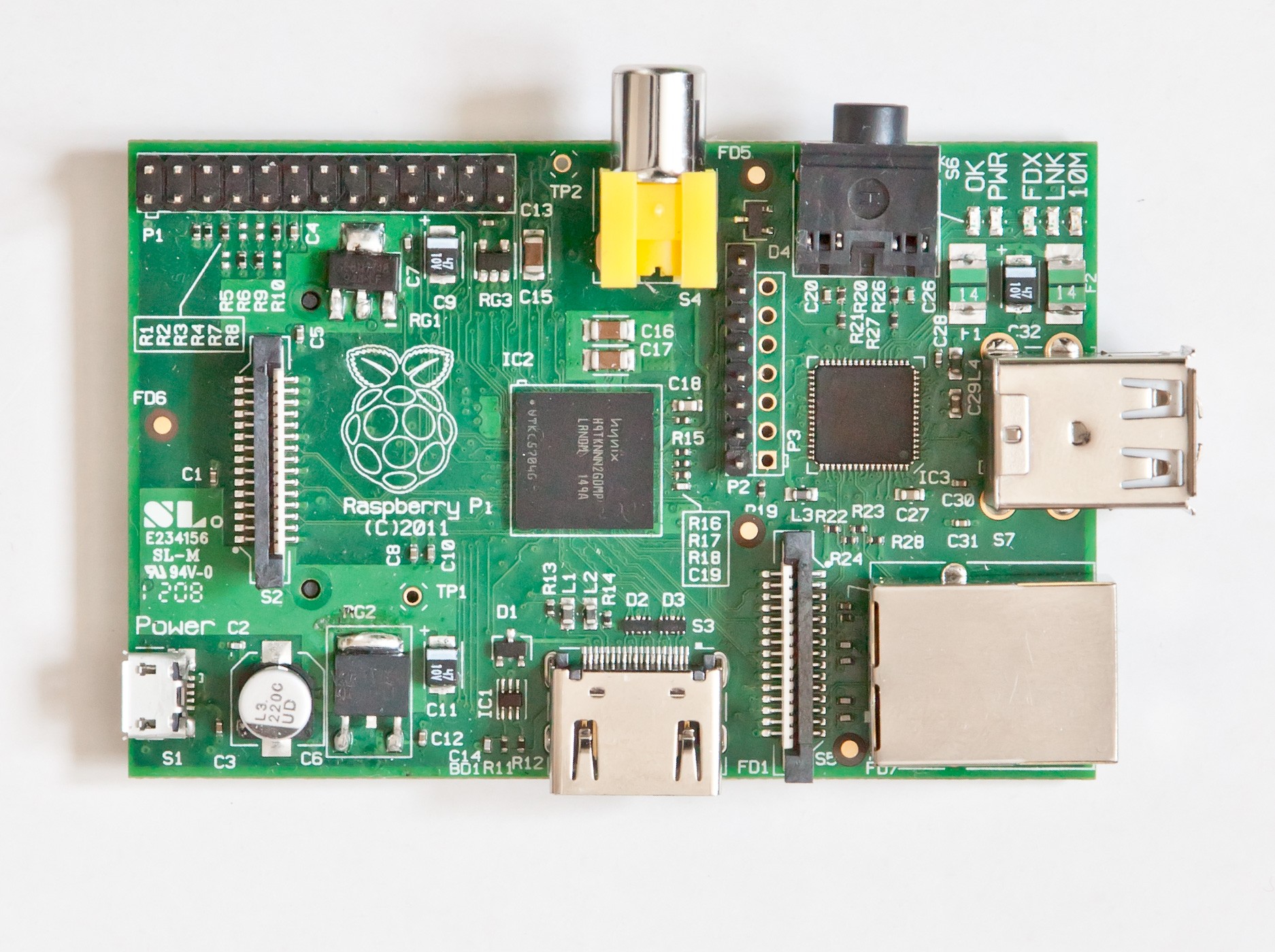 Features of Raspberry PI Model A

Model B Raspberry pi Board

The Raspberry Pi is a Broadcom BCM2835 SOC (system on chip board). It comes equipped with a 700 MHz, 512 MB of SDRAM  and ARM1176JZF-S core CPU. The USB 2.0 port of the raspberry pi boars uses only external data connectivity options. The Ethernet in the raspberry pi is the main gateway to interconnect with other devices and the internet in model B. This draws its power from a micro USB adapter, with a minimum range of 2.5 watts(500 MA). The graphics, specialized chip is designed to speed up the manipulation of image calculations. This is in built with Broadcom video core IV cable, that is useful if you want to run a game and video through your raspberry pi. 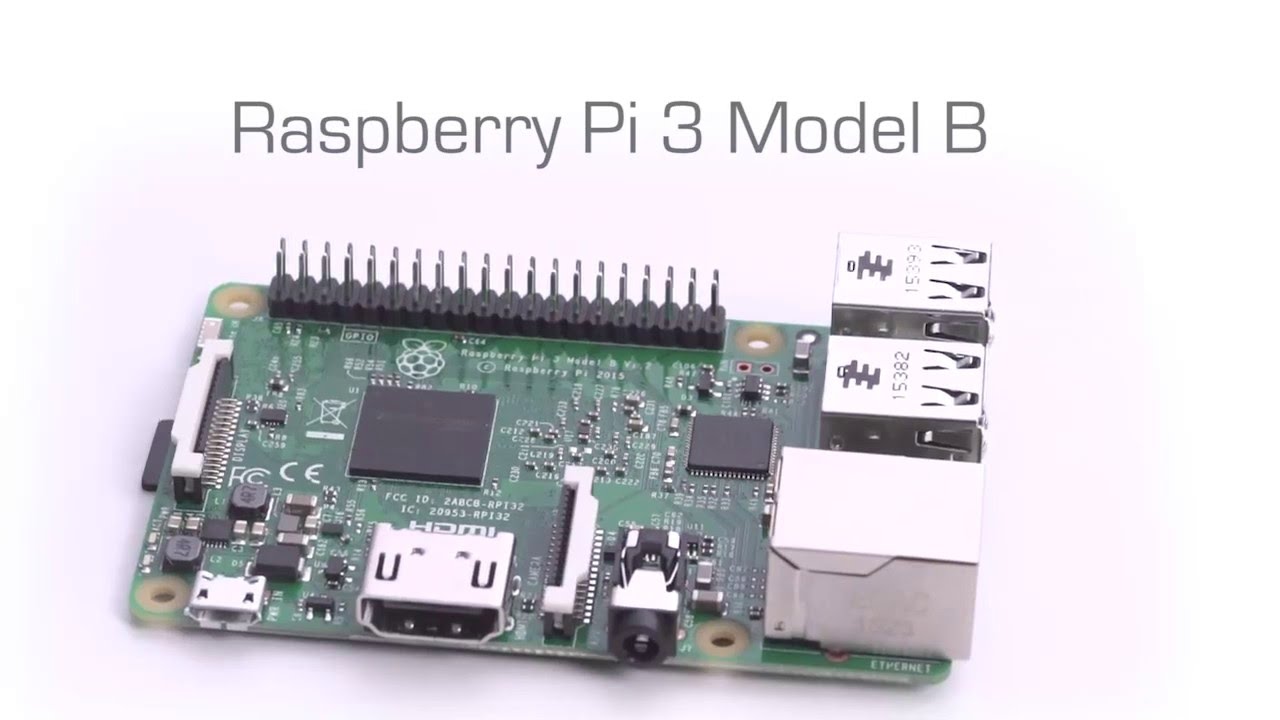 Model B Raspberry pi Board

Features of Raspberry PI Model B

To Set Up & Start your Raspberry Pi

The Raspberry Pi board comes equipped with an SD card. This slot permits us to insert an SD card and that can use it as our devices. The SD card is a main storage device for raspberry pi board like a hard disk of a personal computer. The bootable Linux operating system is loaded onto the card, you are planning to use. The raspberry pi supports Linux, Qtonpi, ARM, Mac operating systems. You can select one OS; you will need to write it to an SD card using a Disk manager application. You can also use other storage mechanism, like USB external hard drive or USB drive. There are a numerous brands of SD cards are available in the market in  different sizes. The raspberry pi supports max 64 GB SD card.

Before you start your raspberry pi, you are going to need to connect a display, keyboard, mouse like as a PC. It supports three different O/Ps like  HDMI video, composite video, and DSI video, where the DSI video needs some specific hardware. When you buy a raspberry pi board it may sold with or without an SD card. It is a very important specification  in raspberry pi board. Because, it keeps its operating system, documents and programs. If your raspberry pi did not come with an SD card, then the min size you should get is 4GB.
Advantages of the raspberry pi is, it is small in size, and it works as a normal computer at low cost server to handle web traffic.

The main intention of this project is to control the speed of a DC Motor  using Raspberry Pi. 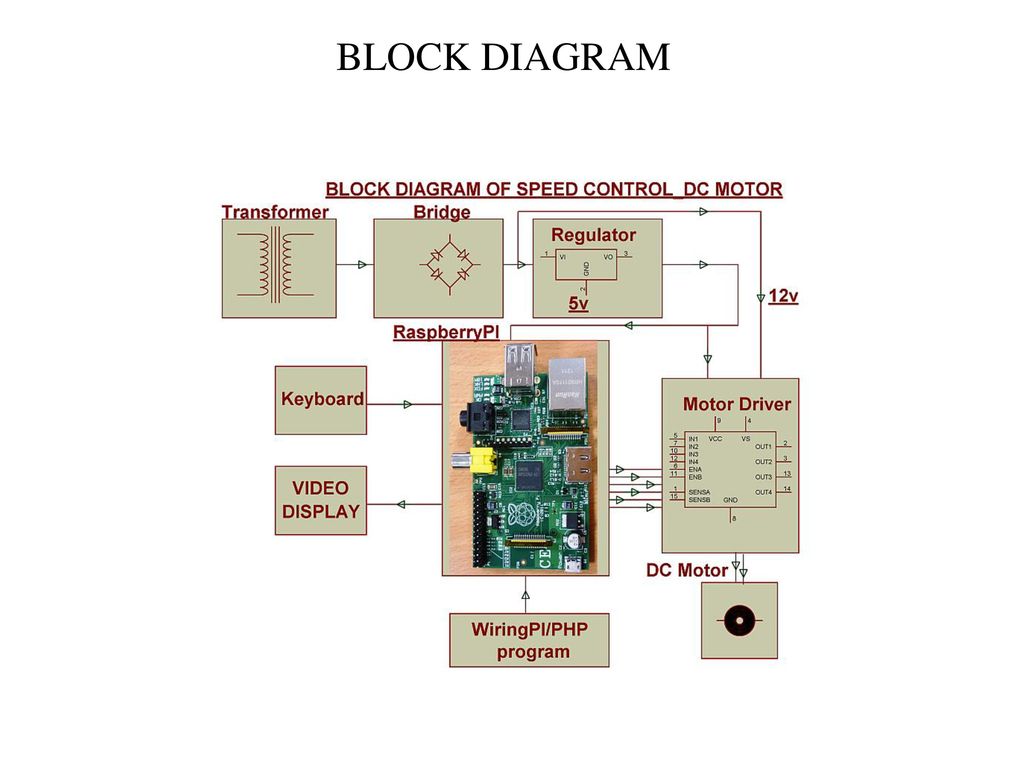 This project uses a Raspberry Pi board to control the DC motor speed. The speed of a DC motor is directly proportional to the voltage applied across its terminals, When the voltage across the motor terminal is varied, then the speed also gets varied accordingly. So this is the main principle of this project. A keyboard is connected to the Raspberry pi board to run the motor at different speeds by pressing the key.

According to the program, the PWM (pulse width modulation) is caused at the output, and it can be programmed by using PHP/wiring pi. Depending on the duty cycle, the average current and voltage change, so the speed of the DC motor will also change. A motor driver IC is interfaced to the board for receiving PWM signals and sending desired O/P to the DC motor.

The main goal of this project is designed to control auto intensity of street lights using Raspberry pi.

This  project uses a bunch of LEDs as street lights which consume less power, and lifetime of the LEDs is also more when compared to the HID lamps. A raspberry pi is used to control the intensity by developing pulse width modulation signals that drive a MOSFET to switch the LEDs to attain desired operation.

The intensity of LEDs progressively varies from evening to next day morning, particularly during the peak hours, with full light intensity and then , the decreasing lights’ intensity slowly reduced. MOSFET switching by pulse width modulation technique is implemented in the raspberry pi program to have variable voltage across the LEDs

Therefore, we Hope that we have given the best information about the raspberry pi board  and online sites  With the above mentioned online stores & real-time projects and therefore, we anticipate your comments in the comment section below. Apart from this, if you need any help to implement these projects, you can contact us by commenting in the comment section below.