You are here: Home / Communications / What is the Difference Between GSM and CDMA? 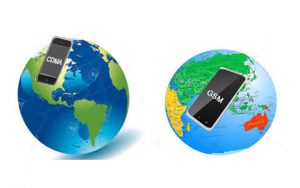 The cellular mobile service is being used everywhere in the world today. GSM and CDMA are two dominant technologies in the world of mobile communication. These two technologies differ in the way in which the calls and data transfer takes place over a network and mobile. This article discusses an overview of the difference between GSM and CDMA.

GSM stands for Global System for Mobile Communication. It is a digital mobile telephony system used for trans-receiving of the data and voice signals and is a second-generation standard for mobile networks.

The GSM standard operates on three different carrier frequencies 900MHz, 1800MHz, and 1900MHz. 900MHz band is used for the original GSM system and the 1800MHz band is added to support the increasing number of customers. The 1900 MHz frequency band is used mainly in the United States. 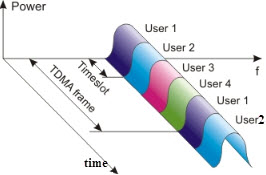 The GSM standard has led to the evolution of wireless services like GPRS (General Packet Radio Service) UMTS (Universal Mobile Radio System) and EDGE (Enhanced Data Rates for GSM Evolution). Its users were the first to take the advantage of Short Message System (SMS).

A GSM system makes use of cells to provide wireless communication to the subscribers. The GSM mobiles are identified by using Subscriber Identity Module (SIM). This is a removable smart card that contains the information of the subscriber. This SIM card allows the customer to switch from one mobile to another.

CDMA stands for Code Division Multiple Access. It is used in cellular communication similar to GSM and is a second-generation and third-generation standard for mobile networks. It is the most secure mode of communication because of its spread spectrum property.

CDMA is a form of multiplexing where a number of signals occupy a single transmission channel and optimizing the use of available bandwidth. This technology is used in the ultra-high frequency (UHF) cellular systems having a band ranging from 800MHz to 1.9GHz. 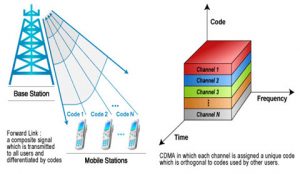 The frequency of the transmitted signal is then made to change according to the code. Thus, it can be intercepted only by a receiver whose frequency is programmed with the same code.

The original CDMA standard called CDMA One offers a transmission speed of up to 14.4 kbps in its single channel form and up to 115kbps in an eight-channel form. CDMA2000 and wideband CDMA deliver the data many times faster.

Differences between GSM and CDMA