You are here: Home / Basics / Capacitor Basics and its Different Types Along with its Symbols

Capacitor is the basic electronic components of any analog or digital circuit  and it is known for its charge storing capabilities. There are different Capacitor types available.

Capacitor is made up of two conducting metal plates separated by a non-conducting dielectric material like paper,ceramic etc. When ever a supply is applied to the capacitor the electrons start moving from one plate to the other and it starts accumulating on the other plate as the dielectric in between does not conduct. As a result of which one plate has lot of postive charges and other plate has lot of negative charges because of this a electric field forms in between the two plates . Because of the electric field the molecules in the dielectric gets aligned towards the field in a direction thereby preventing the charge carriers from moving across. That’s when a capacitor is said to be fully charged. Now if a load is connected between the two metal plates the capacitor discharges. That’s how a capacitor works.

Capacitors have many advantages but one of its important points of consideration is that it acts as a filter. It is capable enough of blocking the DC signals. The capacitors in the amplification circuits provide a smoothening effect to the signals. Even in the multiple stages of amplifiers, the output of the one-stage can be provided to the other stage as the input through the concept of coupling of capacitors. It is proven to be very effective for any kind of transistor configurations. The charge stored in the capacitor is in electrical form.

The capacitors that are formed with the plates that are separated with the dielectric are known as Dielectric capacitors. These are used in various applications of tuning during transmitting and receiving of the signals. The plates present in these capacitors are included both variable and fixed ones. The value of capacitance can be calculated by the position of the movable plates from the fixed plates.

While coming to the requirements of the capacitors for the tuning of the high voltage values. The capacitors for such cases are designed with the huge gaps of air present in between the plates. Hence these dielectric capacitors come in various types and most preferable in the tuning circuits. 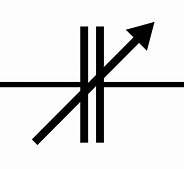 These are the most commonly preferred capacitors in which there exist variable dielectric properties in it. There exist thin films in between the plates which might be in the form of cylindrical winding . These types of capacitors are known as Film capacitors. The film can be of zinc type or aluminum type or paper or plastic. Plastic is preferred for high temperature ranges. 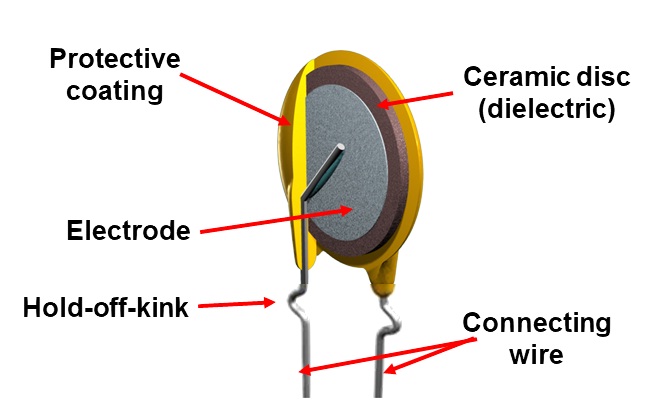 These capacitors possess three digits of code on it. Where the first two of the digits present on it represents the value of that particular capacitor and the last digit on it resembles the zeroes added on it.

These are one of the types of film capacitors. In this the film, which is the layer of the dielectric present is polypropylene. Therefore it is known as polypropylene capacitors. The main property of these capacitors is that it can work up to the voltage range of 3000 volts. These types of capacitors are preferred in the power amplifier circuits where high powers are utilized.

These are also the variety of the film capacitors in which the polycarbonate is utilized as the dielectric. It possesses a good tolerance of temperature coefficients hence it can be preferred in various circuits. But it cannot be preferred during the applications of high tolerance. These are also utilized in the switching circuits.

The capacitors in which the elements called silver or mica are utilized as the part of the dielectric. These are known as silver mica capacitors. It possesses high performance in comparison to all the other capacitors. It is not utilized in the applications of coupling as well as decoupling.  But these are preferred in radio frequency oscillator circuits.

The capacitors in which the anode is present in it such a way that it possesses a layer of oxidized material which acts as the dielectric. Hence these are known as the Electrolytic capacitors.  These are preferred in the DC power application circuits. 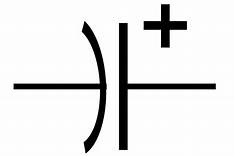 In this way there exist various Capacitor Types. All the types or the classification of the capacitors are based on the type of dielectric layer present between the plates.  Each capacitor is chosen based on the requirements. Can you give the best example of electrolytic capacitors?